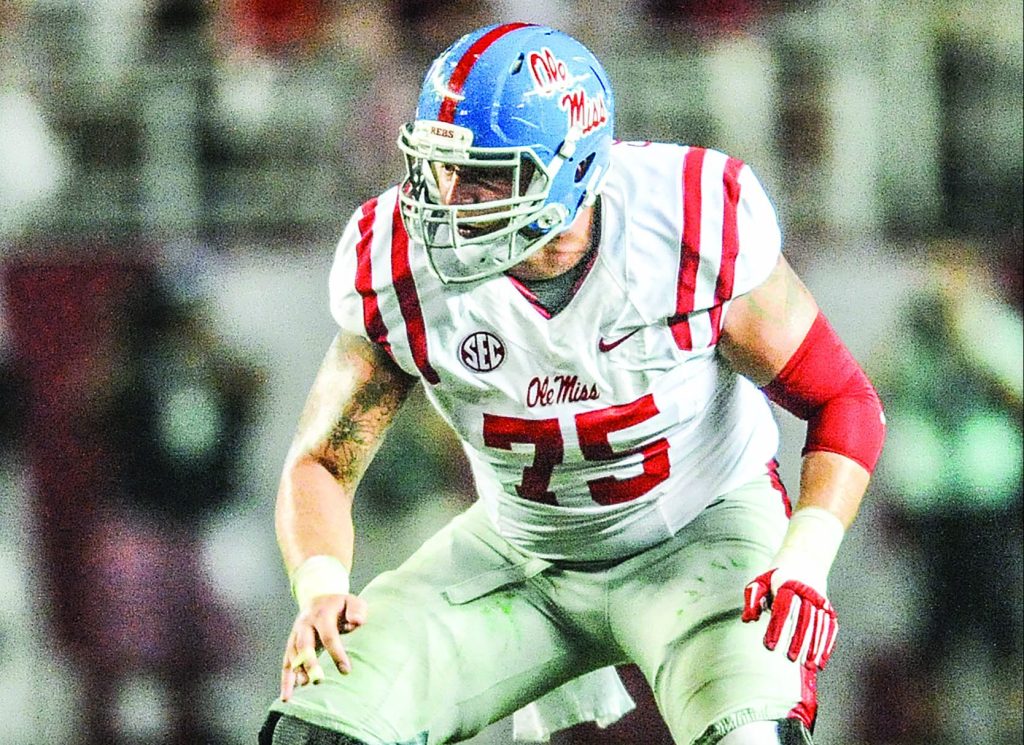 Ole Miss’ offensive line is banged up and will continue to be banged up, at least through this weekend’s game against No. 11 Texas A&M.

Robert Conyers, Sean Rawlings and Rod Taylor are still battling injuries, and taking the Georgia Southern game off was not enough time to heal. Conyers is going to travel with the team to College Station, Texas and will try to give the Rebels some snaps on Saturday if he is able to. The prognosis for Rawlings and Taylor were not as optimistic.

“Robert is going to be what he is. He’s suffered through a lot of injuries,” head coach Hugh Freeze said during his weekly press conference on Monday. “He probably doesn’t need to play a lot. He will travel with us, and he has a heart for us. Rawlings and Rod, we’ll just kind of see how the week progresses. They’re definitely not well. It’d be great if we could have both of them Saturday. They wouldn’t be available if we played (Monday).”

With the offensive front playing the role of a M.A.S.H. unit, it has created some creative shuffling. With Conyers and Rawlings out, sophomore Javon Patterson took over at center against Georgia Southern and will probably be the guy to hand the ball off to whoever will be the quarterback against the Aggies this week. Freeze noted that there were only two noticeably bad snaps from Patterson in his first career start at center.

“It’s a very positive vibe,” Patterson said of the offensive line room. “We’ve got great guys in that room and great talent, and we can make some plays and make people comfortable. With Chad (Kelly) being out, we’ve got to make Jason (Pellerin) comfortable back there. Our guys are doing a great job of keeping everybody together.”

The narrative of the season had drastically changed in the first nine games.

In August, there was preseason chatter of Ole Miss being a contender in the Southeastern Conference’s Western Division and possibly in the race for one of the four spots in the College Football Playoff. Dropping the opening game to Florida State did not change those prognostications as it was the first of 12 games and the Rebels still had all eight Southeastern Conference games ahead of them. Now, nine games into the season with a 4-5 record, including losses to Alabama, Arkansas, LSU and Auburn, the goal of the season and weekly bar for success is as low as it has been since Freeze’s first season at Ole Miss.

The fifth-year coach has had to come to terms with the struggle this year has been.

“I’m actually at peace,” Freeze said. “Not content and not happy and don’t like where we are. There’s kind of a peace that I’m at. Maybe it’s faith. Maybe it’s the people that I’m around or the university I’m at. I understand what is real, and I know that in this league and Western Division, you can have years like this.”

On Monday, the SEC office announced the game times for Nov. 19, and Ole Miss now knows what time their final road game of the regular season will start. The game against Vanderbilt in Nashville, Tennessee will kick off at 7 p.m. on the SEC Network.

Last year, Ole Miss held on to defeat the Commodores 27-16 in Oxford.