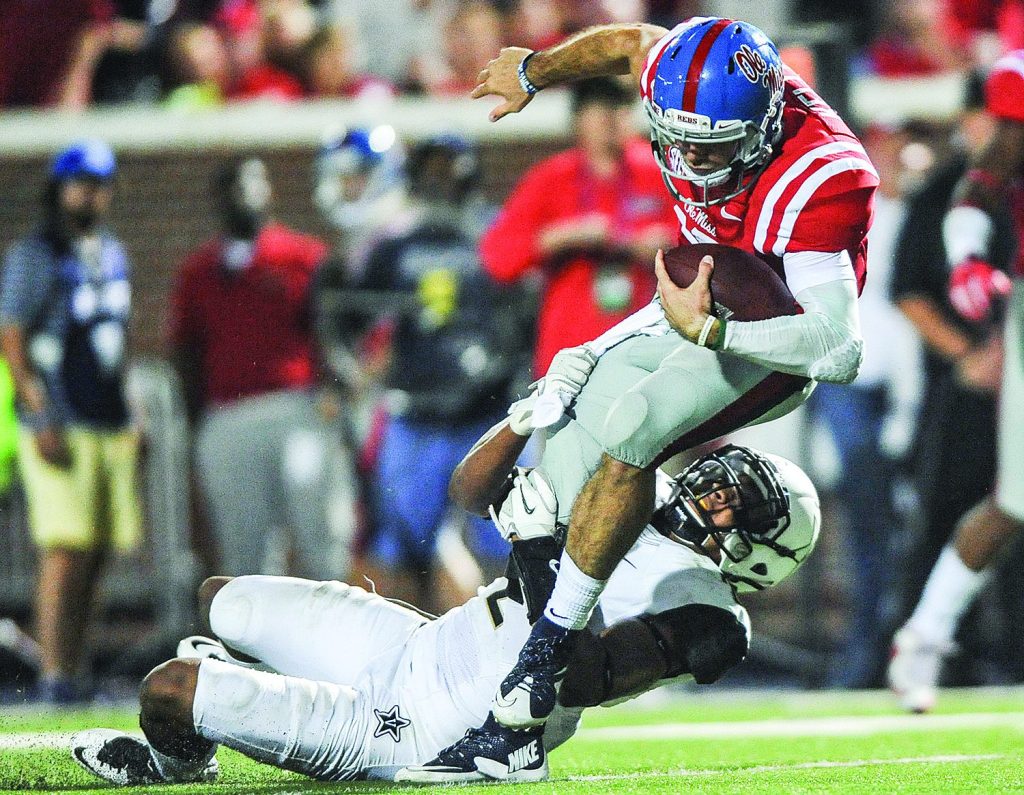 Ole Miss’ game at Vanderbilt on Nov. 19 will kick off at 7 p.m., the Southeastern Conference announced Monday.

The Rebels, who are without quarterback Chad Kelly for the rest of the season, will step back into SEC play this Saturday at Texas A&M (6:30 p.m., SEC Network) after beating Georgia Southern 37-27 over the weekend. Ole Miss (4-5, 1-4 SEC) needs two wins in its last three games to become bowl eligible.