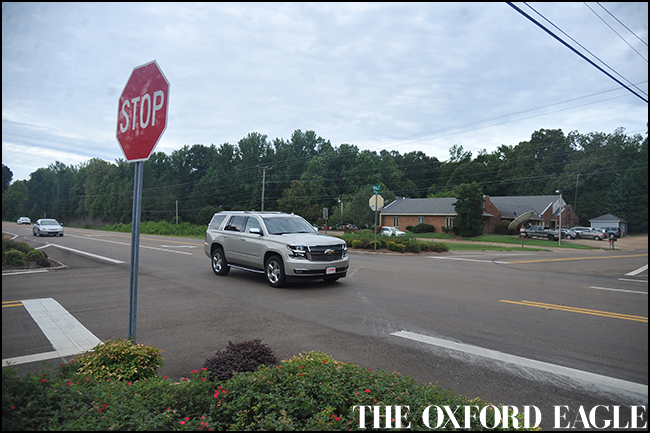 Cars travel on Highway 7 near the Lafayette County Health Department in Oxford, Miss. on Monday, January 11, 2016. Work to expand Highway 7 to four lanes has been delayed.

Lafayette County officials, after more than four years of negotiations, accepted the Mississippi Department of Transportation’s offer on the sale of county-owned property where the current health department, state driver’s license and extension office are located.

The Board of Supervisors voted unanimously at their regular meeting Monday to accept the $1.422 million offer from MDOT, which needs the property for the widening project along Highway 7.

In August, the supervisors met in executive session to discuss the MDOT offer and emerged with the announcement the deal had been struck.

At the time, Board president Jeff Busby said he and his fellow supervisors were pleased with the purchase price.

“We had it independently appraised and it is very much in line with what we got back from our appraiser,” Busby said. “Yes, the county is pleased. Is it enough to replace the buildings? No it’s not but I think it’s fair.”

New facilities in the works

Busby said county officials have some other decisions to make. The health department, which is only open three days a week, will remain where it is, while the driver’s license bureau and the extension office will be relocated on a portion of the 150 acres the county purchased on County Road 406.

He said county officials are hopeful the driver’s license bureau and extension office can remain where they are while the new facility is being constructed rather than being temporarily relocated.

“We are hoping that by the time they get ready to tear those buildings down, we will have something built,” Busby said.

“We’re in the process now of getting cost estimates of replacing those buildings and putting them on County Road 406,” Busby said.

Busby added that the county has also had “very preliminary” talks with Oxford officials about including municipal court being included with the justice court facility.