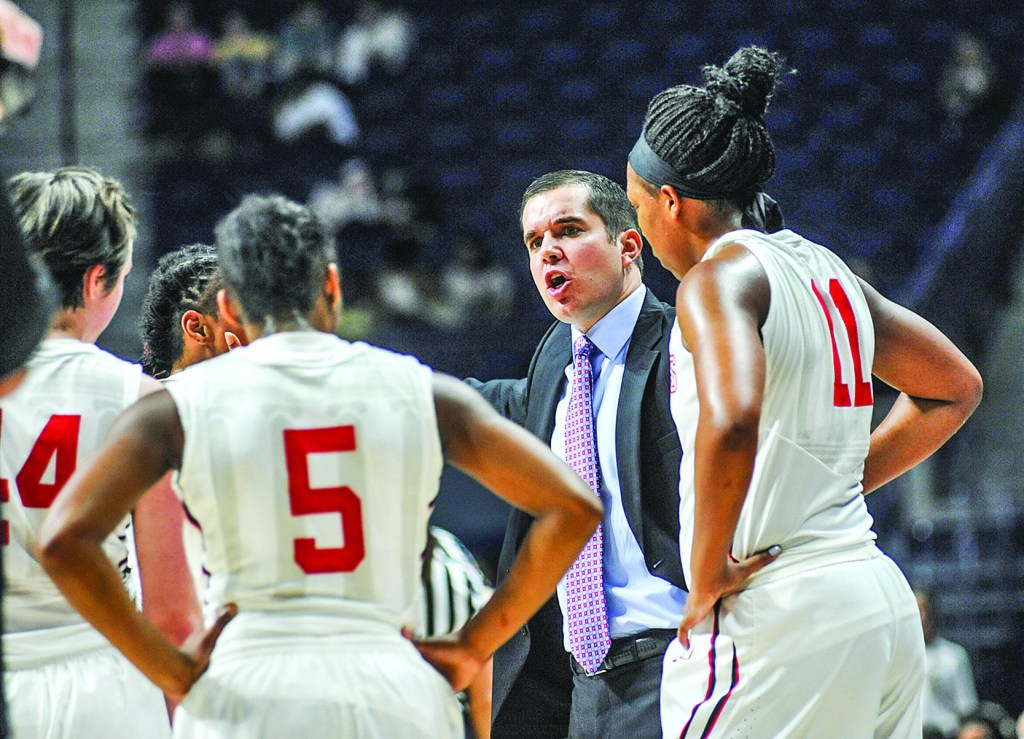 The Rebels inked four players on the first day of the early signing period that ranked as a consensus top-20 class nationally. The class, which includes three top-100 national prospects, is ranked as high as 11th by BlueStar Media.

“More than anything, they are great people that come from great families that all want to be Ole Miss Rebels,” Insell said in a statement. “On top of that, for the third straight season, our recruiting class will be ranked by numerous publications in the top 20 in the nation. Something special is happening at Ole Miss, and I couldn’t be more excited about being the head coach of such a special program.”

Making up the class are guards Day’Neisha Banks, Chyna Nixon and Milicia Reid and forward Promise Taylor, each coming from different parts of the country.

Banks signed with Ole Miss out of Ribault High in Jacksonville, Florida, where she led the Trojans to a 30-1 record and the Florida Class 5A title game last season. Banks, who chose the Rebels over Wisconsin, is averaging 14.5 points and 6.2 rebounds for her prep career.

“(Banks) can play the 2 through 4 positions with the ability to score on you from the outside, the inside and off the bounce, which reminds me of current Rebel Shequila Joseph,” Insell said. “Having the ability to play multiple positions will allow her to make a major impact on our program. She could not be a more perfect fit for our program.”

The 5-foot-9 Nixon plays at Neumann Goretti in Philadelphia, Pennsylvania and is ranked as the No. 54 player nationally by Prospects Nation and No. 71 overall by ESPN. She helped lead Goretti to its second consecutive PIAA Class 2A state title with 14 points, six rebounds and three steals.

“Chyna Nixon defines the word electric when the ball is in her hands on the perimeter,” Insell said. “Chyna brings length and athleticism to the perimeter position and has the ability to score the ball from any place on the floor at anytime. Chyna is a perfect fit into our style of play by being able to create her own shot and having a unique passing ability allowing her to create for others.”

Reid, a point guard who’s ranked as the nation’s No. 49 overall player by Prospects Nation, hails from New York City where she plays at The Patrick School. Reid averaged 13.8 points, 4.8 assists and 2.4 steals last season.

“(Reid) has great size with athleticism and has the ability to score in many different ways,” Insell said. “She has played at the highest level of basketball in high school and in the summer playing on the NIKE EYBL circuit, which will put her maturity level from a point guard position ahead of most coming into college. I love having guards from NYC because of toughness they bring to the table each and everyday. That’s something I am most looking forward to having in our program over the next four years.”

Taylor will be the tallest player on the roster when she arrives from Issaquah, Washington. With a wingspan that reaches 7-0, the 6-5 Taylor, a four-star prospect, is averaging 12.0 points and 9.2 rebounds this season.

“Promise Taylor was a must-sign for us because of her size and athletic ability,” Insell said. “From the first time I watched her play, I knew she had a chance to be really special at the next level. I was very excited than when she told us she was ready to be a Ole Miss Rebel.”