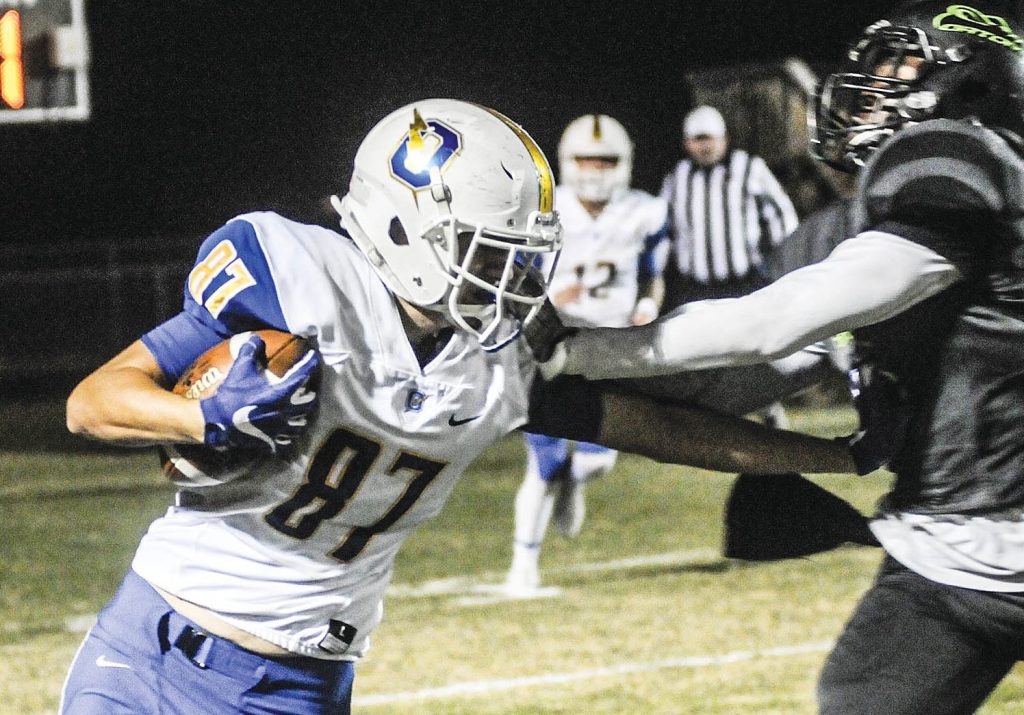 Oxford and Grenada are becoming very familiar with each other in the postseason, no matter the sport. After the Chargers defeated Grenada in the baseball playoffs in May, the two schools will now face off in the postseason on the gridiron. Oxford travels to Grenada on Friday for a first-round game of the MHSAA Class 5A playoffs (7 p.m., 95.5 FM).

The Chargers (7-4) earned this road game by falling to Lake Cormorant on the road in the regular-season finale last week. The loss sent Oxford to the No. 3 seed in Region 1-5A and a date with Grenada, which finished as the 2 seed in Region 2-5A behind Germantown. Oxford’s first-round trip would have been much farther had Grenada not defeated Vicksburg 42-41 in double overtime to make the Gators the 3 seed.

“I think we’ve responded great,” Oxford head coach Chris Cutcliffe said. “It’s win or go home. So you only have one way to respond, and that is to get ready to play a really tough Grenada team.”

Grenada’s key to their season has been relying on the play of their defense. The Chargers (9-2) are holding opponents to 13.2 points a game and shut out teams on three occasions. Lafayette traveled to Grenada in the third week of the season and held Grenada to a 14-7 victory. All 21 points were scored in the final eight minutes of the game.

“They’re a very talented defense,” Cutcliffe said. “Really outstanding players. …We didn’t play great offensively against Lake Cormorant, but we’ve got to put that behind us and move on and have a great week of preparation. I think our guys have had a great week so far in preparing.”

On Wednesday, the 1-5A All-Region team was announced and Oxford was heavily represented up and down the roster. Earning first-team honors on offense were running back Hiram Wadlington and center Colton Skidmore. First-team defense recognition went to defensive lineman Nick Sisk, linebacker Quentin Wilfawn and defensive back Devin Rockette. Long snapper Giles Lamar earn first-team honors as well.