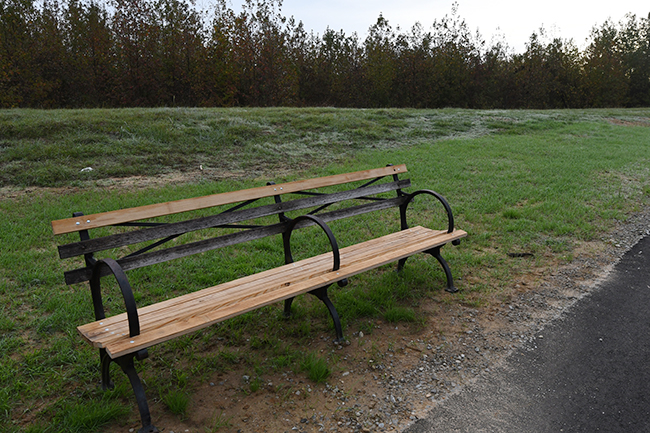 Woodlawn-Davis Park, in Oxford, Miss. on Friday, November 11, 2016, will be dedicated on Saturday.

The Oxford Park Commission put its stamp of approval on a partnership between the Strawberry Plains Audubon Center and Oxford’s newest park, the Woodlawn-Davis Nature Center on the corner of Anderson Road and West Oxford Loop.

On Wednesday, OPC board members approved a contract between the two, forming an official partnership with Audubon, that will be celebrated on Saturday at the park’s official grand opening.

According to the contract, SPAC will act as a consultant in selection and development of specific native habitats and recommend plant species to be used. They will assist with sourcing specific plants and assist with vendor selection for specific aspects of the project, and act as guidance on the development of a long-term maintenance plan for the native plants and habitats.

SPAC will also provide educational presentations in the park at least six times a year and will work in the long-term governance of the park.

There are no monetary fees associated with the partnership.

“Our ongoing participation is contingent on the continuing use of native Mississippi plants as the primary flora in the landscape designs,” said Mike Muraco, center director for SPAC, which is located in Holly Springs.

“Strawberry Plains would like to use the Oxford site as a model for other communities as they begin to embrace green practices in their common areas,” Muraco wrote in the contract.

The OPC board members approved the contract unanimously.

The Woodlawn Davis Nature Center is named after Jimmy Davis who donated the land during a land-swap arrangement when the city was rezoning the area in 2010.

A ribbon-cutting ceremony will be held at 3 p.m. Saturday to officially kick-off the opening of the park.

During the ceremony, there will be activities throughout the afternoon including a bird watching tour, wonder walk and a kid’s fun run to help promote the newest city-owned park.

People are encouraged to bring chairs and blankets to stay to watch the North Taurid meteor shower that evening.

The event will begin with a welcome by Mayor Pat Patterson at 3 p.m. followed by an introduction of the new advisory board of the Woodlawn Davis Nature Center.

The goal of the Woodlawn Davis Nature Center is to create a public park with educational programming which exhibits a series of biologically enriched native habitats; highlighting plant and animal species indigenous to this area focusing on conservation and sustainability.

Some future components of the park include meadowlands, a butterfly garden, native foodscape garden, an amphitheater and pavilion. It will also include an interconnected pathway system for easy navigation and physical exercise that will overlook Goose Creek.