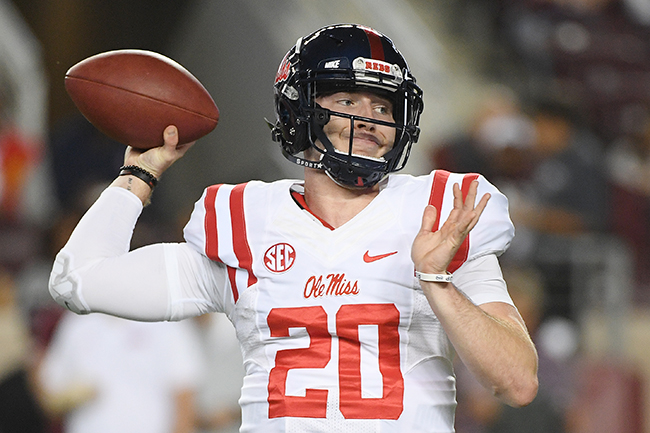 Ole Miss freshman quarterback Shea Patterson wears number 20 on his Rebel jersey. That’s an unusual number for a quarterback, for sure.

Why does Shea Patterson wear 20?

Simple. Patterson’s late grandfather George Patterson played for the Detroit Pistons in the 1967-68 seasons and wore number 20. When Patterson began practice with Ole Miss this spring as an early enrollee, he had to chose a number and the number 7 he wore at IMG Academy was being worn at Ole Miss by quarterback Jason Pellerin.

So Patterson chose his grandfather’s number and on Saturday against Texas A&M becomes one of the few quarterbacks in the game to not wear number 1 through 19.