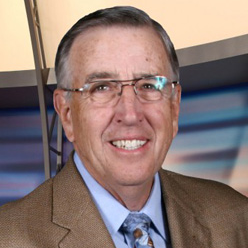 SEC Network play-by-play announcer Brent Musburger will do the unusual tonight during the first half of the Ole Miss vs. Texas A&M game: He will do the broadcast himself, with no color commentator.

Musburger, 77, has 40 years of doing college football, with experience at CBS and ABC. Musburger is doing the first half of tonight’s football game, on the SEC Network beginning at 6:30 p.m., solo in honor of broadcasting legend Vin Scully.

The SEC Network’s Steve Ackels said color commentator Jesse Palmer will be on the sideline during the first half of tonight’s game serving as a field analyst on the sidelines,alongside regular sideline reporter Kaylee Hartung.