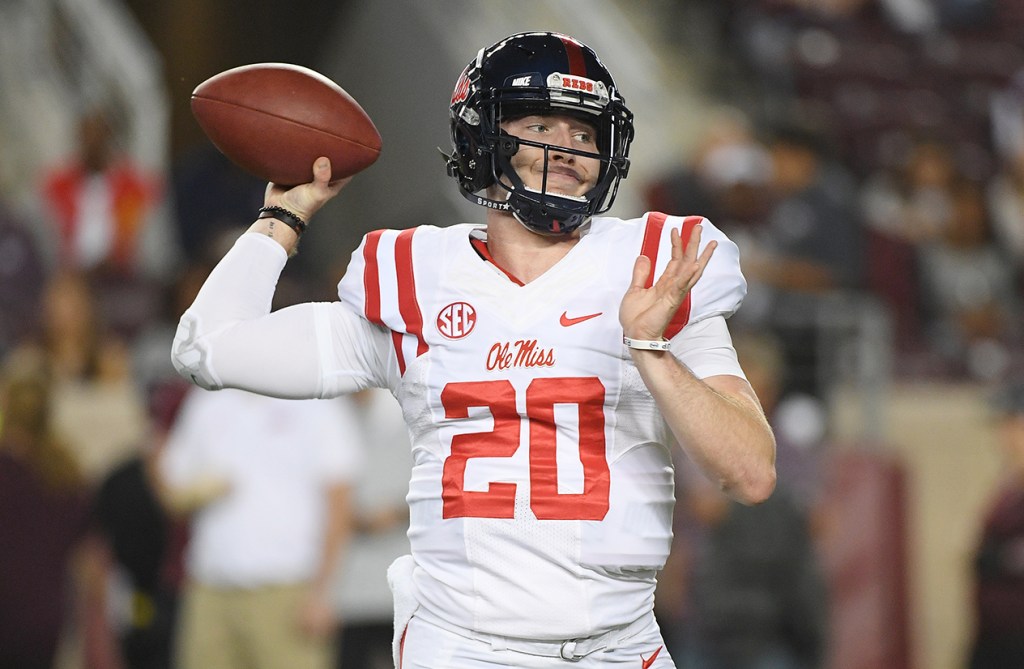 Ole Miss did more than pull the redshirt off Shea Patterson.

The freshman quarterback started against Texas A&M on Saturday. Speculation was rampant all week as to whether head coach Hugh Freeze would go with redshirt freshman Jason Pellerin with Chad Kelly done for the season or turn to Patterson, the five-star signee whom Freeze planned to redshirt this season.

Freeze was coy with local media all week about his plans at quarterback, even mentioning receiver Markell Pack, tight end Evan Engram, offensive lineman Jeremy Liggins and walk-on tight end Dawson Knox as players who could get snaps. In his final media availability of the week Wednesday night, Freeze said he would evaluate everything and make a decision sometime Thursday.

Bleacher Report’s Barrett Sallee reported Friday morning that Ole Miss had decided on playing Patterson, though it was unknown if he’d start. As Kelly’s backup, Pellerin has been used primarily as a runner this season, rushing for 96 yards and three scores while attempting just 13 passes.

The 6-foot-1, 200-pound Patterson, who played his final prep season at IMG Academy, was the nation’s consensus No. 1 quarterback prospect in the 2016 class.