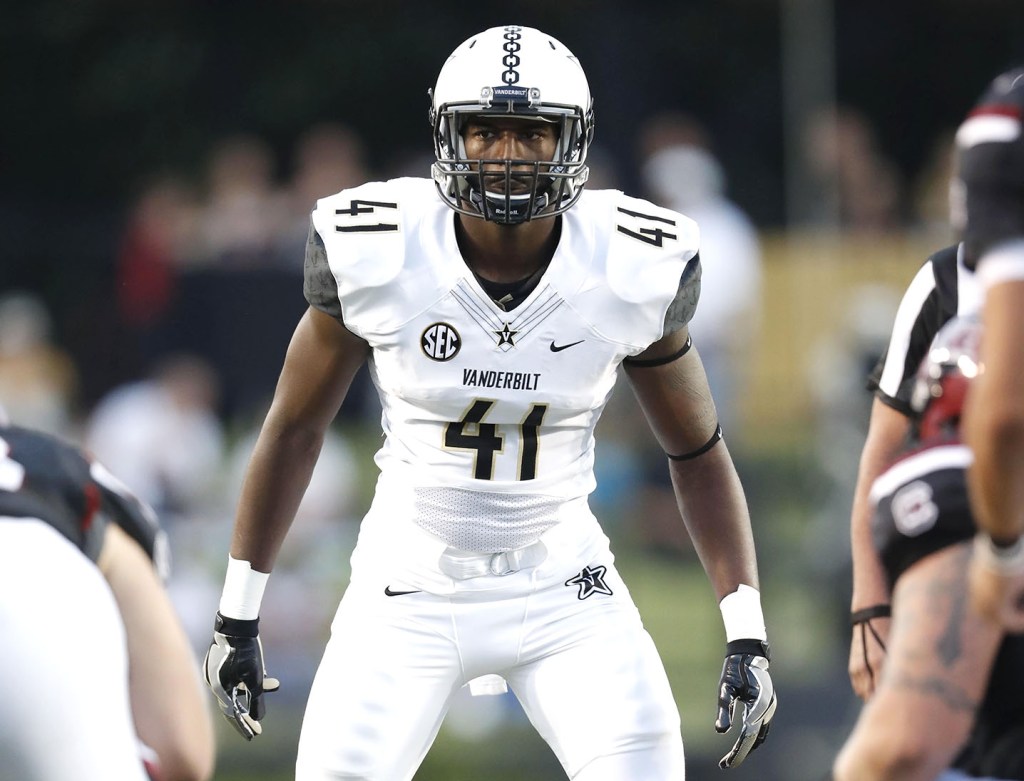 Vanderbilt is in the midst of a third straight losing season under Derek Mason that will end that way if the Commodores can’t win their last two games.

The Commodores (4-6, 1-5 Southeastern Conference) are known for it under Mason, who ran Stanford’s defense before Vanderbilt hired him. Despite its collective talent not being on par with most of the teams in its league, Vanderbilt is in the top half of the SEC in scoring defense (sixth), rush defense (seventh) and total defense (seventh) and gave Ole Miss (5-5, 2-4) fits last year in a 27-16 win for the Rebels that was a four-point game at the start of the fourth quarter.

“Their scheme is good, and they’ve given us problems,” Freeze said.

The Commodores will throw some star power at freshman quarterback Shea Patterson and the rest of Ole Miss’ offense in this year’s matchup at Vanderbilt Stadium on Saturday (7 p.m., SEC Network) in the form of linebacker Zach Cunningham, who’s blossomed into one of the SEC’s premier defenders.

Cunningham has gone from a lightly recruited prospect out of Pinson Valley High in Alabama three years ago to the league’s leading tackler. The 6-foot-4, 230-pound Cunningham has racked up 104 stops — 14 more than the next player on the list, LSU’s Kendall Beckwith — and is second in the league with 15.5 tackles for loss.

“I asked our staff, ‘Tell me who recruited that school. How’d we miss that one?'” Freeze said. “A lot of people missed it obviously. Vandy didn’t. Give them credit. He’s a great player.”

The Butkus Award semifinalist is the key cog in the middle of Vanderbilt’s defense, but Freeze said his offense can’t spend so much time trying to locate Cunningham before every snap that it forgets about everybody else.

“If you start trying to find him, it really messes up your first-level blocks,” Freeze said. “You really can’t do that. You may can do some of that on third down in knowing where he is, but in the normal course of the game, you can’t.

“Their (defensive) line is good, too, but their linebackers are talented.”

Freeze said there will “definitely be some learning on the fly” for Patterson in his second career start as the Commodores try to make life as uncomfortable as possible for him by mixing up its looks out of multiple sets. It’s helped Vanderbilt stay competitive despite its anemic offense with all but one of the Commodores’ losses coming by single digits.

“We’re playing a team that gives people problems,” Freeze said. “They stay in every game, and defensively they’re very good.”