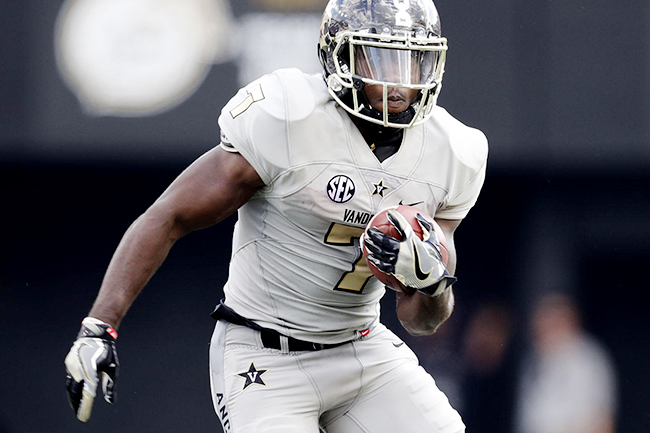 Ole Miss’ defense has been on the receiving end of many jokes and a lot of criticism this season.

But a pair of second-half turnarounds has the unit gaining confidence, something the Rebels hope to continue building on in their final two games starting Saturday at Vanderbilt (7 p.m., SEC Network).

“They certainly have taken a lot of the beatings this year from me and from you and everybody else and deservedly so,” Ole Miss coach Hugh Freeze said. “But with the exception of five plays that accounted for 180 yards, our defense played a really good game and it was really fun to see it.”

Freeze’s reference was to last week’s game against Texas A&M when the Rebels (5-5, 2-4 Southeastern Conference) blew yet another coverage on a 69-yard pass late in the first quarter but allowed just 273 yards on the Aggies’ other 61 plays, holding them scoreless on nine of their final 10 possessions in Ole Miss’ 29-28 comeback win.

“We did challenge them at halftime,” defensive coordinator Dave Wommack said. “The missed communication, mistakes we made in the first half … as soon as you stop doing that, you become a much better defense. We’ve got to quit doing that.”

That came a week after Ole Miss held Georgia Southern’s option offense to 144 yards in the final two quarters after yielding that many alone in the second quarter. The Rebels’ run defense is still among the worst in the nation — 114th out of 128 FBS teams — but Ole Miss combined to hold Georgia Southern and A&M to 2.3 yards a carry after halftime.

“Just playing as one,” safety A.J. Moore said. “Really putting the emphasis on that and being accountable to each other. That’s pretty much it.”

The Rebels’ objective now is to put a full game together on that side of the ball, and the Commodores give Ole Miss as good a chance as anybody in getting that done. Vanderbilt (4-6, 1-5) is 12th in the SEC in rushing offense, 13th in scoring offense and last in passing offense.

That doesn’t mean the Commodores are completely void of offensive talent.

Junior running back Ralph Webb is the league’s fifth-leading rusher but has seen his production tail off recently as he battles an ankle injury. Webb is 150 yards shy of becoming the school’s career rushing leader but combined for just 80 yards the last two weeks against Missouri and Auburn.

Vanderbilt coach Derek Mason said earlier this week that it will be running back by committee for his team Saturday. Khari Blasingame and Darrius Sims have seen their touches increase with Webb being less than 100 percent, but the Rebels want to slow down whoever’s running the ball and force Vanderbilt to put it in the hands of quarterback Kyle Shurmur, who’s thrown more interceptions (6) than touchdowns (5).

“That’s pretty much the plan every week, to be able to stop the run and make them put the ball in the air and get some turnovers,” Moore said.

But Wommack knows it won’t be that easy for his rejuvenated defense.

“They always have a little bit of change and a couple of packages they run,” Wommack said. “They run 15 different personnel packages. That’s a lot to get ready for.”