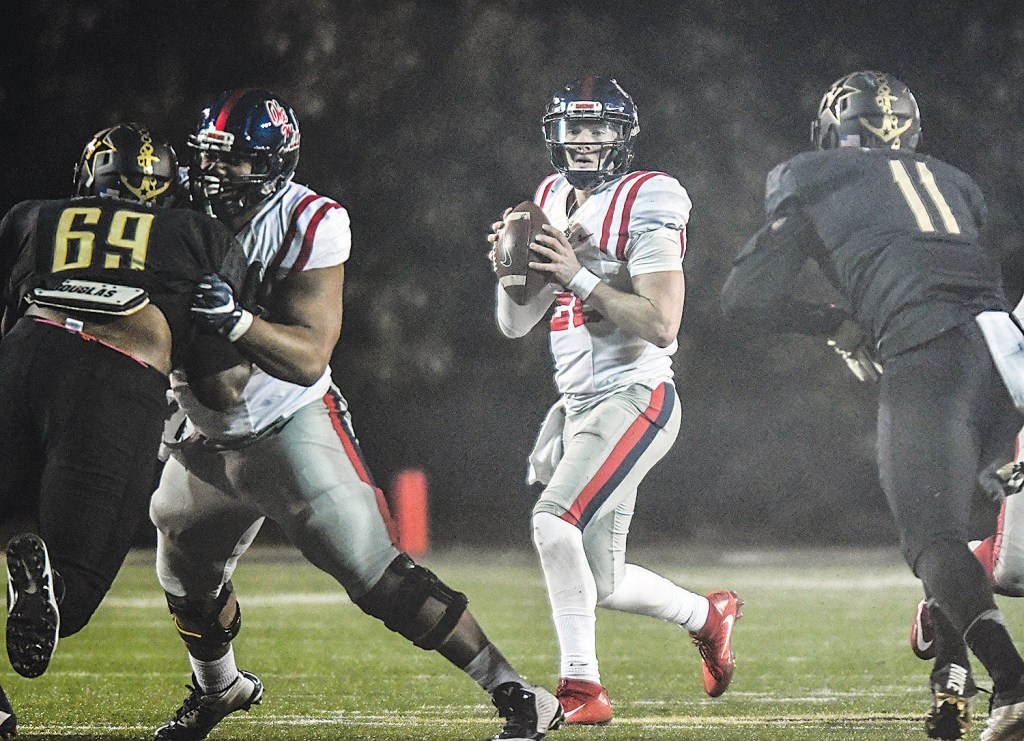 NASHVILLE, Tenn. — A freshman quarterback had never started multiple games in a season for Ole Miss.

Not until Saturday night.

Again playing behind a makeshift offensive line, Patterson often found himself scrambling to avoid pressure against a Vanderbilt defense that began the night allowing just 22 points a game. It worked for Patterson in the first quarter when he extended a play long enough to find a wide-open Akeem Judd for a 21-yard touchdown that put Ole Miss up 10-0, but things halted from there.

The Rebels were down three touchdowns when they found the end zone again on Patterson’s 38-yard pass to Evan Engram early in the fourth quarter. Patterson finished just 20 of 42 for 222 yards and had 38 of the Rebels’ 90 rushing yards while being sacked three times.

“There were a couple different things they did tonight that we hadn’t seen,” Ole Miss coach Hugh Freeze said. “They gave him some problems, and he was a little antsy. But it’s to be expected in his second game. We’re out of school this week, so we’ve got a lot of time we can spend with him and help him prepare for next week’s game.”

Linebacker DeMarquis Gates will have to sit for the first half of the Egg Bowl after being ejected in the third quarter for targeting.

Gates approached the sideline to help finish a tackle on Darrius Sims, who fumbled at the end of the run. Sims was ruled down, but the targeting wasn’t seen until officials reviewed the play and determined the ball came out before Sims was down.

Targeting rules require a player ejected in the second half to miss the first half of his team’s next game, meaning the Rebels will be without their leading tackler for two quarters against Mississippi State.

Jones finished with six tackles. The 5-foot-11, 177-pounder has been a regular part of the rotation at corner this season, playing in each of the Rebels’ first 10 games.

Jones was the second cornerback in as many weeks to draw his first start of the season. Derrick Jones did so against Texas A&M the previous week and started for the second straight week opposite Jones.