Vying for bowl eligibility, Ole Miss shifts focus to Egg Bowl in ‘most important game of the season’ 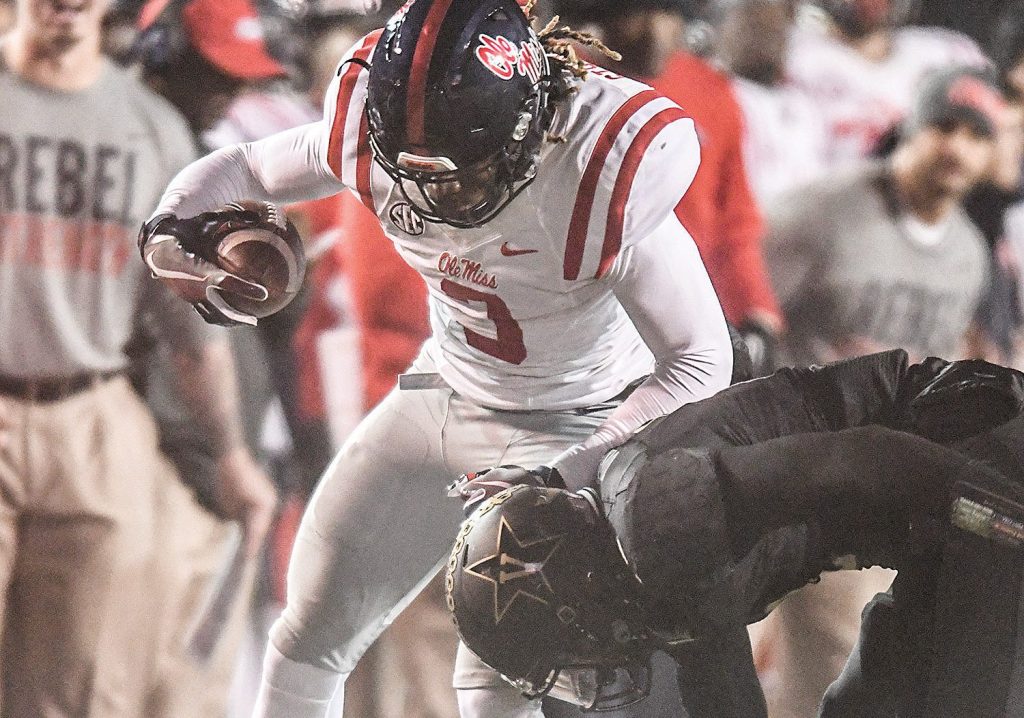 Vanderbilt handed Ole Miss its most lopsided loss of the season in an ugly showing by the Rebels on Saturday, and nothing can change that.

Ole Miss’ coaches and players expressed disappointment afterward but kept it brief. Their focus quickly shifted from what had already happened to what’s still to come in the only game left that could potentially keep a disappointing season from becoming a disaster.

“It’s very disappointing because the more wins you get, the better the bowl game if we go to a bowl game,” senior running back Akeem Judd said of the 38-17 loss to the Commodores. “But that’s over with now. We’ve just got to focus on Mississippi State, which is the most important game of the season right now.”

Ole Miss (5-6, 2-5 Southeastern Conference) will either beat Mississippi State (4-7, 2-5) in the annual Egg Bowl this Saturday at Vaught-Hemingway Stadium (2:30 p.m., SEC Network) or miss out on a bowl game for the first time in head coach Hugh Freeze’s five-year tenure, a stunning reality for a team that began the season ranked No. 11 by the Associated Press. The loser will also finish last in the SEC West.

“It’s very shocking, but things happen,” senior cornerback Carlos Davis said. “But we’ve just got to move on and play the next game.”

Points could come in bunches Saturday. Mississippi State gave up 58 of them — 38 before halftime — in a 16-point loss to Arkansas over the weekend while Vanderbilt, a team that was in the cellar of the SEC East standings before Saturday’s throttling, piled up more yards against Ole Miss than it has against any SEC opponent this season and nearly doubled its scoring average against the Rebels.

Ole Miss is ready to move on.

“The silver lining, if there is one, is we get to go play for the Egg Bowl next week at home to get bowl eligible,” Freeze said. “That’s what our focus will turn to.”

Tight end Evan Engram along with receivers Damore’ea Stringfellow and DaMarkus Lodge are the latest additions to a long list of injured players.

Engram was seen grabbing his hamstring during the second half while Stringfellow and Lodge didn’t play in the final two quarters. Freeze said after the game he didn’t know specifics on the injuries or the degree of their severity.

“A position group that we have been very, very deep at is all of a sudden very thin,” Freeze said.