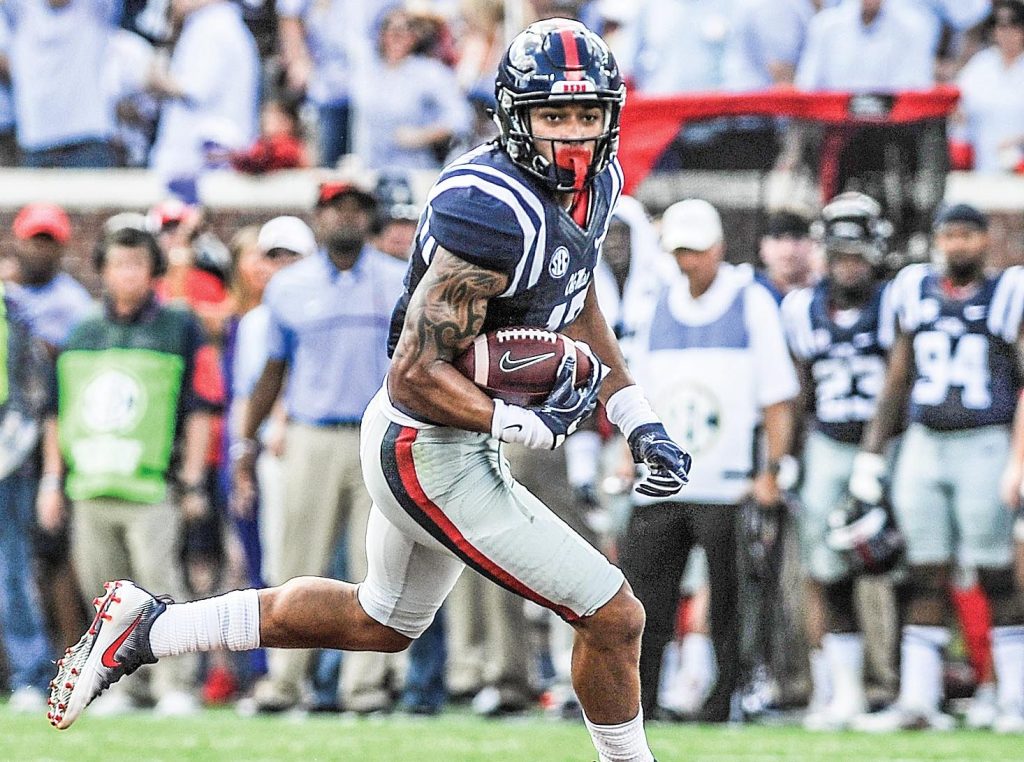 Evan Engram got some good and puzzling news Monday.

Ole Miss’ tight end received and accepted an invitation to play alongside some of the nation’s top senior draft prospects in the annual Senior Bowl on Jan. 28 in Mobile, Alabama, where NFL teams will get a chance to further evaluate whether the 6-foot-3, 235-pounder will be a smaller tight end or bigger slot receiver at the next level.

For now, he’s a tight end, which makes the list of finalists for the John Mackey Award released Monday perplexing.

Engram is not among the finalists for the award that annually recognizes the nation’s most outstanding collegiate tight end despite leading all tight ends nationally in receiving yards (926) and ranking second in receptions (65) and touchdown catches (8). The four-year starter also leads all tight ends with 84.2 receiving yards a game.

Michigan’s Jake Butt, Clemson’s Jordan Leggett and Alabama’s O.J. Howard, the finalists for the award, have combined for 99 catches, 1,349 receiving yards and 10 touchdowns. Leggett’s 530 yards are the most among the trio.

The award’s finalists were determined by a confidential vote among the John Mackey Award Selection Committee, according to the award’s official website. The winner will be announced on Dec. 7 and presented with the award Dec. 8 during The Home Depot College Football Awards Show without Engram in attendance.

Wow! @EvanEngram is so deserving to be a finalist for @JohnMackeyAward. What a shame. Such a great kid and player who earned this right

If this is the criteria for @JohnMackeyAward then Evan Engram should have never been a semifinalist! Our offense hasn't changed in 5 years! pic.twitter.com/D5dEdQQaLH