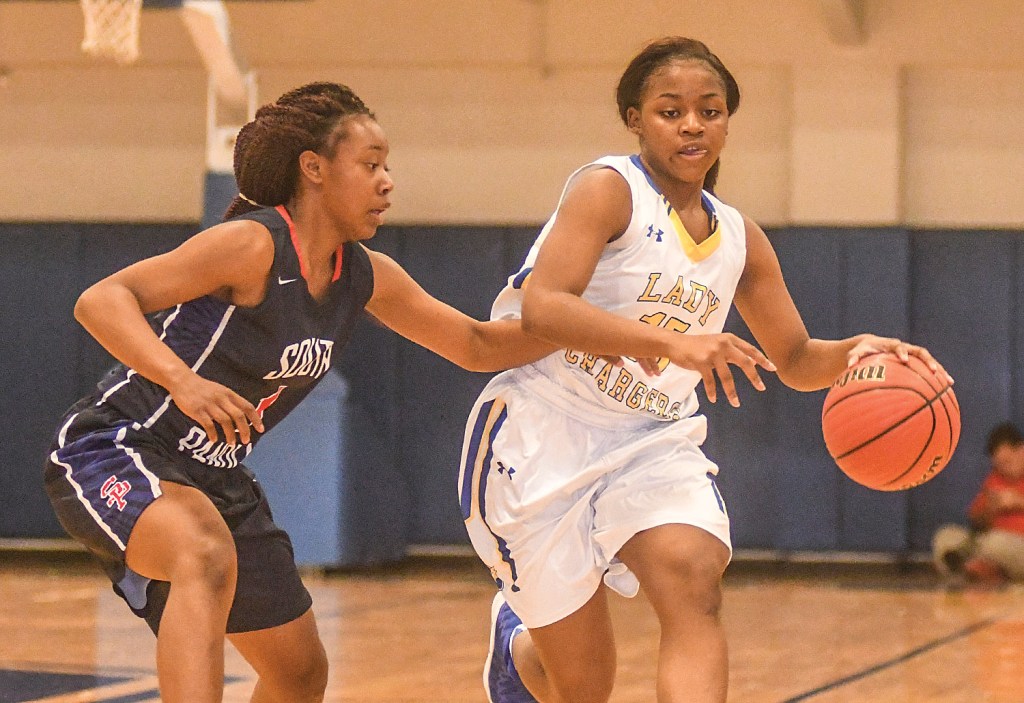 Oxford is having to adjust to life without some key pieces on the basketball floor this season.

The night before their season opener, seniors Tiara King and Taliyah Gross were in a serious car accident, leaving them in a Memphis hospital most of November. Gross was able to leave the hospital while King suffered more serious injuries and remains but has been moved out of the intensive care unit. That incident paired with the departure of Oxford head coach Cliff Ormon’s only other senior in Maggee Hobson, who decided to pursue club volleyball instead, has the Chargers without any seniors on their roster.

It has caused for some new challenges to develop for Ormon during the early stages of the season, and the growing pains his team is having to persevere through has them still searching for their first win of the season. They will continue to do so after Oxford fell to South Panola 45-35 in the Lady Charger Challenge on Tuesday afternoon inside the OHS gym. The Chargers (0-4) finished the two-day tournament 0-2 after losing their first game of the tournament on Monday to Minor High School out of Alabama.

“As a coach, you talk about adversity all the time, and not only are players affected by that, coaches are, too,” Ormon said. “It is tough to go through that, but teams all across the country go through that. When you lose those important players, it is tough. Not just on the players but the ones that are missing and it’s tough on the coaches.”

It was a game that would be best described as a yo-yo. South Panola (3-1) pulled out early in the opening quarter, but Oxford climbed in to make it a 16-11 after the first eight minutes. It was more of the same in the second quarter with the Tigers taking a 28-19 lead into halftime. The second started out as an offensive struggle with most of the third quarter passing without a basket made from either team. Oxford eventually got warm, outscoring South Panola 8-2 to make it a 30-27 game heading into the final quarter. From there, Oxford got cold again on the offensive end and South Panola pulled away, using a 15-8 run to close things out for the victory.

“We played a little better offensively in the first half,” Ormon said. “Had some runs where we really executed well and kept it close enough. Then, again, we had a little lull and (South Panola) expanded (the lead) out to eight or nine points. We would try to make a run and we’re helping them out in certain situations. Running into a 3-point shooter, stepping across the line on a free throw. We’re putting ourselves at a disadvantage on advantage plays.”

Oxford returns to action after the holiday break as they travel to Ashland on Nov. 29.