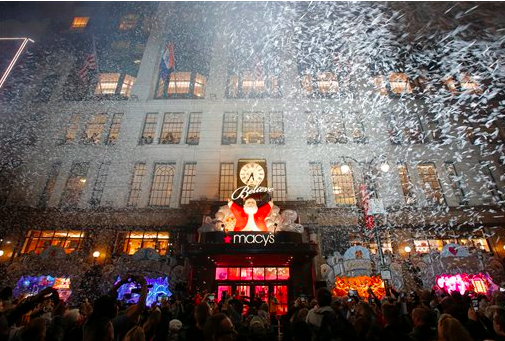 Herald Square celebrates the unveiling of their 2016 Christmas windows titled "Believe" with a pyrotechnic salute to Santa on Friday, Nov. 18, 2016, in New York. (Andrew Kelly/AP Images for Macy's)

It’s time for the Macy’s Thanksgiving Day Parade 2016 and you can watch it via live stream online for free this year thanks to YouTube.

So, wherever you are in the world — Happy Thanksgiving and enjoy seeing your favorite characters in New York City’s popular parade.

The performances this year include: