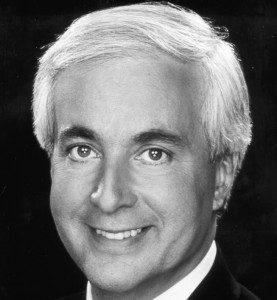 Before year’s end, let’s have one sort of Kumbaya moment as we turn the page on words and expressions that have sort of worn out their welcomes in 2016.

We can start with Kumbaya, the 1920s folk song kept alive by Pete Seeger, Joan Baez and dozens of other musicians through the decades until politicians and pundits appropriated the term (loosely, “come by you”) to mock fake, usually progressive, group merriment.

Speaking of progressives––and we mean you, MSNBC pundits––find a linguistic crutch to replace “sort of.” If you had to drink a shot every time a cable guest said “sort of” you’d be blasted by the first commercial.

And speaking of cable folks, Bill O’Reilly should please stop referring to “the folks.” Rachel Maddow ought to refrain from adding the words “The great state of” before naming any of the 50 states.

Megyn Kelly, who has her own “great” fixation, needs a new send off for guests instead of “great to see you.” Chuck Todd, rescued by the end of the presidential campaign, will presumably stop ending every political interview by saying “Good luck on the trail.”

Brian Williams should no longer go to breaks by saying he must “fit in” a commercial. Erin Burnett ought to cease using the name of her show to begin every new thought: “John King is ‘Out Front’ tonight…” And, Wolf Blitzer, we get it, you’re “In the ‘Situation Room.’”

Funny thing, no one did more talking in ‘16 than Trump and Clinton, and yet neither candidate invoked any particularly sharp or memorable words. Hillary’s big gambit was to say “deplorable,” and she paid dearly for that. The President-Elect operated mainly on the grade school level, with terms such as “huge,” “beautiful,” “really beautiful” and “really huge.”

Donald Trump and renegade progressive Bernie Sanders shared one overwhelmingly annoying linguistic trait. Each insisted on telling us things by first saying, “I will tell you.”

Turning to sports, it was a year in which basketball announcers decided it was necessary to repeatedly say, “score the basketball,” rather than just “score.” Baseball announcers concluded that a well executed hit could only be described as “a good piece of hitting.” Football announcers stopped using 2015’s favorite term, “happy feet,” in favor of “pocket presence.”

Midway in 2016 news media made a collective decision that it was OK to use the word “lie,” and overnight almost anything a politician said became one. This went hand-in-hand with Oxford Dictionaries “Word of the Year”: post-truth.

Indeed, we seem to be in a post-language era in which many things are deemed less important by preceding them with the word “post”––as in post-racial, post-national and post-good-choice-of-words.

Speaking of hyphenated terms, here’s hoping we never hear “alt-right” in 2017, although that’s only possible in an alternate universe.

In pop culture, it seems anything good is now “snatched,” as in your new outfit. And “boots,” is a new term of emphasis when you are, for instance, “Hungry boots.” Go figure.

peter funt is a syndicated columnist.