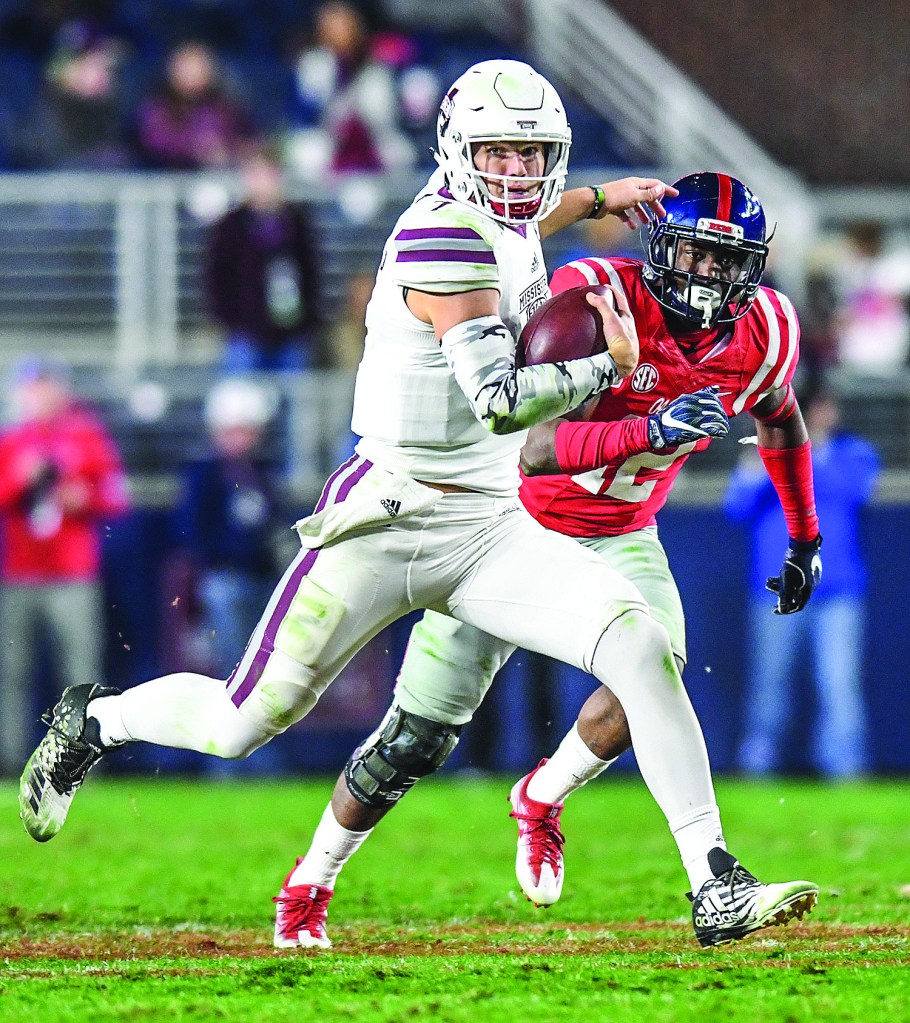 After learning that their defensive coordinator was going to retire at the end of the season, the Ole Miss defense gave Dave Wommack a going away present that he is sure to return. The Rebels run defense was not their strong suit and on Saturday night against Mississippi State, they gave their worst performance of the season. The Bulldogs ran for 457 yards, it was the third most they had ever amassed in a single game and the most since rushing for 466 against Tulane on 1994.

“I was surprised the way we didn’t stop the run,” Wommack said. “I thought we’d do well against it. I was concerned a little bit. …(Mississippi State) did a great job adjusting.”

The biggest benefactor to Ole Miss’ woes on defense was Mississippi State quarterback Nick Fitzgerald. The freshman racked up 258 yards on 14 carries and scored two of his five touchdowns on the ground. The yards total is a new school record for rushing yards by any player. The scoring runs were of 61 and 30 yards in length by Fitzgerald.

“They just did a basic quarterback power, which we knew they were going to do,” Ole Miss defensive lineman Marquis Haynes said. “It was just a couple of (missed assignments) on those plays that hurt us.”

West Point native Aeris Williams nearly had the second 200-yard game for Mississippi State as the running back had 191 yards and two touchdowns of his own on 25 carries. Williams was just as lethal with the ball as Fitzgerald was as both of his scores (16 and 13 yard runs) looked easy as the sophomore slipped through the Ole Miss defense nearly untouched on both. He set a career high with the two touchdowns in one game and the 191 yards was also a career best.

“We tried to fix it at the half and they found another way or the ball bounced out another way,” Haynes said. “We had the right fit the ball just kept bouncing out.”

The two running threats Ole Miss felt they may have to contain the most, they did. Ashton Shumpert and Keight Mixon rushed for a combined eight yards on two carries. It did not matter as Fitzgerald and Williams did enough.