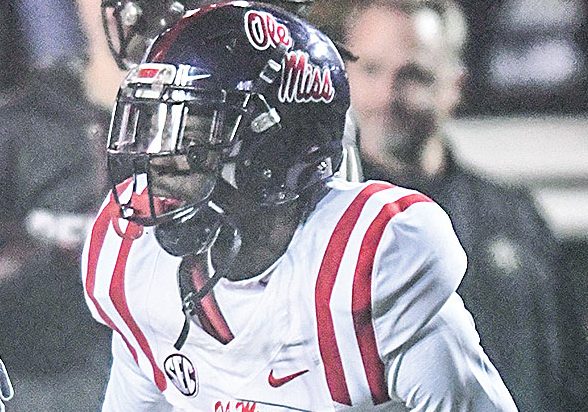 Ole Miss senior cornerback Carlos Davis was arrested early Sunday morning and charged with disorderly conduct, according to a report.

The Clarion Ledger reported Davis was booked into the Lafayette County Detention Center less than a day after the Rebels’ 55-20 loss to Mississippi State, the final game of his career. Davis made most of his contributions on special teams this season as the Rebels’ primary kick returner, averaging 22.8 yards on 33 kick returns.

Davis’ longest return this season went 62 yards against Wofford. He returned six punts for 49 yards. He also made five starts at corner and finished the season with 27 tackles and a fumble recovery.

He finished his career with 68 tackles and 40 kick returns for 856 yards.