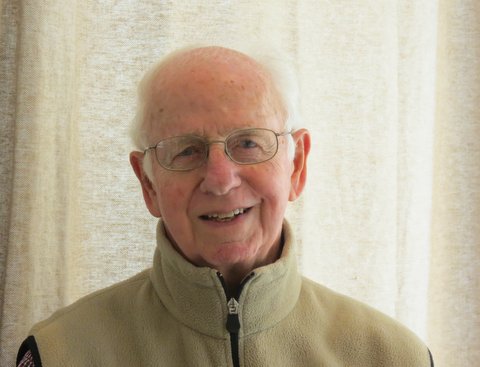 Christmas is just around the corner. As Charlie Brown once said, “Any kind of natural tree will do as long as love is the main decoration.”

Thomas V. De Bacco wrote in the Dec. 10, 2015, issue of the Wall Street Journal, “No Christmas tree in the White House in 1902.” President Theodore Roosevelt did not want to deplete forests for the holidays.

Two of his six children, age 5 and 8, were not to be denied. With the covert help of the White House staff, they cut a small fir from the grounds, hid it away and wired it with lights. The entire family enjoyed it.

The president was in for another surprise. He asked noted conservationist, Gifford Pinchot, who later served as the first chief of the U.S. Forest Service, whether cutting down trees for Christmas was harmful. Pinchot admitted, “It was good to cut down trees periodically to get more sunlight for other trees to grow.”

Historians trace countless roots that grew into the present day custom of using a Christmas tree. One source states that Martin Luther, a Catholic monk in Germany, began the tradition of celebrating Christmas at home with a tree about 490 years ago.

In 1885, a Philadelphia newspaper reported decorated trees in German immigrant homes during Christmas.

We purchased a 125-acre Lafayette County tree farm in 1978 on Highway 7 South. It was all wooded, except one acre of open semi-creek bottomland.

When we joined the MS/LA Christmas Tree Association in 1981, members advised, “Don’t plant any more trees than what your wife can shear.” I didn’t follow that advise.

I did lose my shearing partner when she encountered a 4-foot black snake in the tree she was shearing.

Starting in 1982, we planted 1,000 Christmas Virginia Pine seedlings in 1 acre of open land. We then annually cleared and planted until we had 7 acres of Christmas trees of all ages and sizes.

Growing Christmas trees is a year-round job, including many intensive cultural practices. Timing is very critical. If the fish are biting and the trees are becoming infested with insects and disease, forget the fishing. To keep the tree healthy, they must be sprayed several times per year. Don’t forget the twice per year shearing. (I never could talk my wife into going back to shearing).

Periodic tractor bush hogging must take care of the middles. If the choose and cut seekers have to wade through knee -high weeds and grass, they may not return for a purchase next year.

At the top of my happy memory list were the annual kindergarten and first-grade classes touring the farm to choose their classroom tree.

Their excitement, bubbling over, as each one stepped off the large yellow school bus; their teacher and moms, doing their best to keep them under control; their excitement just added to my enjoyment.

The children learned how to plant the seedlings and that rain and sunshine helped them to grow. The smallest child helped me saw their tree down. The class had to practice, maybe twice, to yell “TIMBER” as their classroom tree fell. Cameras clicked as some 20 little folks struggled to carry their tree to the school bus.

Some say, “Growing and selling Christmas trees is laborious.” In our fields, it was a labor of love.

Lois created greenery from our cull trees. For many years her wreaths and garland adorned St. Andrews United Methodist Church and several other churches and homes in Oxford. Her greenery could be found in homes as far as Memphis and Yazoo City.

Nurturing a tree from a small seedling to a significant Christmas symbol was an overwhelming joy.

One of our greatest pleasures was to wave as a happy family took their tree home. We knew they too, were experiencing the miracle of Christmas.

Being part of so many families Christmas celebrations gave us a warm joyful memory that will last forever.

Thank you so very much for our 31 years of happy memories.

John Arrechea is an Oxford resident and can be reached at jonlo@maxxsouth.net.