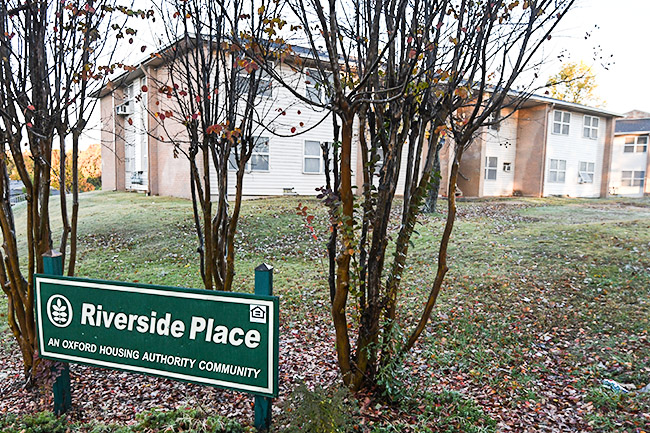 Riverside Place is located on Pegues Road in Oxford, Miss. on Tuesday, November 29, 2016.

Tisha Sanders, with OHA, told the Oxford Board of Aldermen Monday that most of the landlords agreeing to take the vouchers own smaller developments.

“I’ve gone to some of the larger complexes like The Links and The Cove, but they weren’t very interested,” Sanders said.

Sanders said OHA, with the assistance of the 17 landlords, have 40 apartments available to Riverside residents. However, the vouchers won’t be available until January.

HUD is moving away from being in brick and mortar business, according to OHA Executive Director Jeff McClure, and allowing people living on assistance to live in the community without being lumped together in one complex.

Property not for sale

Despite HUD’s new direction nationally, there are still developers interested in operating Section 8 housing and accepting the vouchers for their tenants. One such company, J&J Investment Company of San Diego, California, contacted Mayor Pat Patterson Friday about possibly purchasing Riverside, rehabilitating the 50-year-old buildings and keeping the residents there.

However, Patterson said the property is not for sale and is not interested in a private company coming and operating a Section 8 housing development.

City Attorney Pope Mallette said it was just one of many inquiries the city has received recently from development companies around the nation who are in the business of buying Section 8 housing so they can run it and still get the guaranteed income.

“The city has not put anything out for bid, has not asked for quotes,” Mallette said.

Patterson said he would reply to J&J Investment’s email and let them know the city is not interested in selling the property.

The vouchers being offered are done so at a fair market rate, McClure said. A voucher for a one bedroom apartment could be up to $700; a two bedroom apartment, $832 and a three bedroom, $1,109.

“This board is committed to helping the people of Riverside during this transition and doing whatever it takes to make their lives comfortable,” Patterson said.