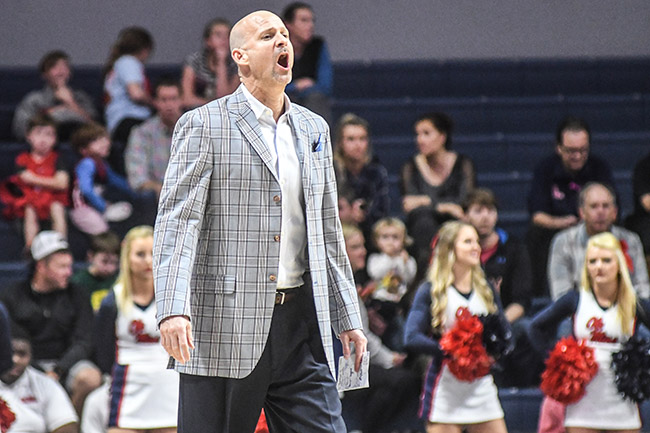 It’s hard to gauge which teams around the country will actually contend for NCAA Tournament bids and which ones are just pretending at this point of the season, but the Ole Miss men’s basketball team may not have a better chance to start building a quality postseason resume in the non-conference than it does right now.

Ole Miss’ game against Middle Tennessee State tonight (7 p.m., SEC Network+) begins a stretch of three games against teams ranked in the top 108 of the latest KenPom ratings. After tonight, the Rebels (5-1) will host Memphis on Saturday before traveling to take on Atlantic Coast Conference riser Virginia Tech on Dec. 11.

“A big stretch for us just to kind of find out who we are,” Ole Miss coach Andy Kennedy said.

Even if Ole Miss can win more games than they lose over the next two weeks, there’s no guarantee they mean as much later. The Rebels got their first top-100 win at the time in what Kennedy said may have been Ole Miss’ best 40 minutes this season against St. Joseph’s in the Paradise Jam, but the Hawks have already fallen out of the top 100. Kennedy referenced road wins last season at Memphis and UMass that looked good in December only for both teams to fade in the latter part of the season.

But winning is always preferred over the alternative regardless of the opponent, and the Rebels’ next three have proven to be formidable in the early going.

MTSU (6-1) has multiple starters back from last year’s NCAA Tournament team that shocked Michigan State and is annually one of the nation’s strongest mid-majors. Memphis already has a win over Iowa, an NCAA Tournament team a year ago, while Virginia Tech is the second-highest rated KenPom team left on the Rebels’ non-conference schedule at No. 35.

“All these games are worth a lot,” forward Sebastian Saiz said. “Once you get to the (Southeastern Conference) games, the only teams you’re going to play are inside your conference. But with these games, on Selection Sunday, they can see Ole Miss beat a team from the Atlantic 10 and a team from the ACC. They may like the schedule based on those type of wins, so they’re very important for us.”

Ole Miss has scored at least 77 points in every game and put up 86 its last time out in a Thanksgiving win over Montana, but the Rebels have given up the most points in the SEC. Communication continues to be an issue for a team that has more than half its roster playing together for the first time, something players believe will improve as the season goes on.

“There’s defensive lapses that come from every spot at some point in the game,” point guard Cullen Neal said. “It’s not continually by the same person if that makes sense. Honestly, I think once we have more and more time together, it will start getting better and better.”

Said Kennedy, “Hopefully that will come sooner rather than later.”

Freshman forward Nate Morris has yet to play this season because of an indefinite suspension stemming from a violation of team rules. Kennedy said Tuesday nothing has changed regarding Morris’ status.

Morris was also arrested on a DUI charge just days after his suspension was announced before the Rebels’ season opener against Tennessee-Martin on Nov. 11. Kennedy said in the preseason Morris’ most significant contribution would likely come defensively as perhaps the Rebels’ best rim protector, but he’s got work to do before rejoining the team.

“It’s really up to him and the steps we’ve put in place for him to take off the court and on the court,” Kennedy said. “I do think it’s a privilege to put the uniform on, and you’ve got to earn that right.”