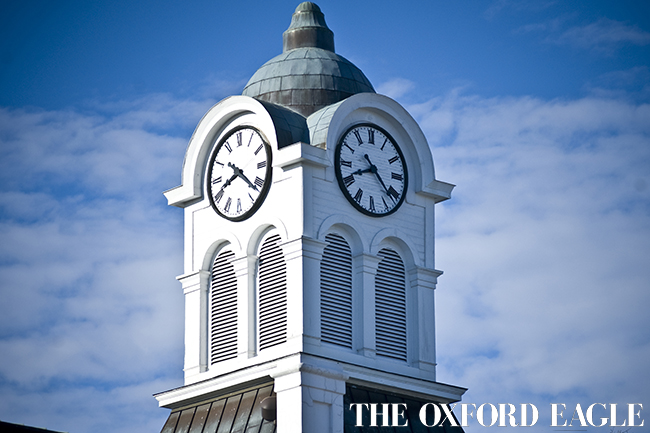 Developer John McCurdy was seeking preliminary commercial site plan approval for The Cottages, a 31-unit single detached cottage style development that would also have a clubhouse in The Highlands subdivision. McCurdy has also developed The Highlands. His son, J.W. McCurdy, originally attempted to develop The Cottages before he redesigned the project and presented his proposal to the board.

Jeff Williams of Williams Engineering representing McCurdy said the development would be condo ownership and has begun the process of contacting the Mississippi Department of Health and Mississippi DEQ. Williams also presented a letter from the engineer of Punkin Water Association, which would serve the development, stating the project would “not have an adverse impact” on the water association’s capacity to provide service.

“The water association guarantee they can handle what we are asking for with out disruption of services,” Williams said.

Despite those assurances some residents from The Highlands, as well as Tuscan Hills and The Lakes – who are also served by Punkin Water Association – expressed concerns with the development. Particularly in regard to water pressure and clarity of water, something that has plagued the water association as it works to make improvements to the water system.

Williams reminded the commission and those in attendance that the “health department makes the call if there’s a health issue with water.”

“We can’t turn it on until they gives us approval,” Williams said.

McCurdy is expected to appeal the decision to the Lafayette County Board of Supervisors.

Meanwhile, a 35-unit development that would be below Spring Lake dam also came before the commission. Developer Brantney Cox decided to cut down the number of units in an effort to alleviate water supply concerns. The development would also be supplied by the Punkin Water Association. But the main concern has been the dam, which is considered by MEMA to be a high hazard dam following a study that was completed earlier this year.

Currently, the home owner’s association is in the process of making necessary improvements to the dam.

County engineer Larry Britt said upon MEMA recommendations, the project would require three stipulations including buyers being made aware the potential for flooding in the Spring Lake dame occurs, the subdivision be placed on the emergency action plan for Spring Lake, and require all houses within the development be constructed on conventional foundation with a minimum three-foot crawl space and not be constructed on a grade slab foundations.

Ray made a motion to table the issue rather than kill the project, but Cox wanted a vote. Ray made the motion to deny the project and the commission voted 2-1 to deny with two abstentions from Garrett and Thompson.

Cox will also likely appeal the decision to the supervisors.

A third development that came before the commission for the first time would be a mixed-use development of 175 condo units located on the west side of Old Taylor Road.

Taylor Crossing be located on the south end of the Thacker Mountain bike trail, according to Paul Koeshinina of Precision Engineering. The trail would actually extend through the property.

“We are here hoping to get concept approval to make sure we are headed in the right direction,” Koeshinina said. “We are simply looking at a site plan and not turning any dirt yet.”

He said the project would be developed in phases depending what Taylor Water could accommodate in phases.