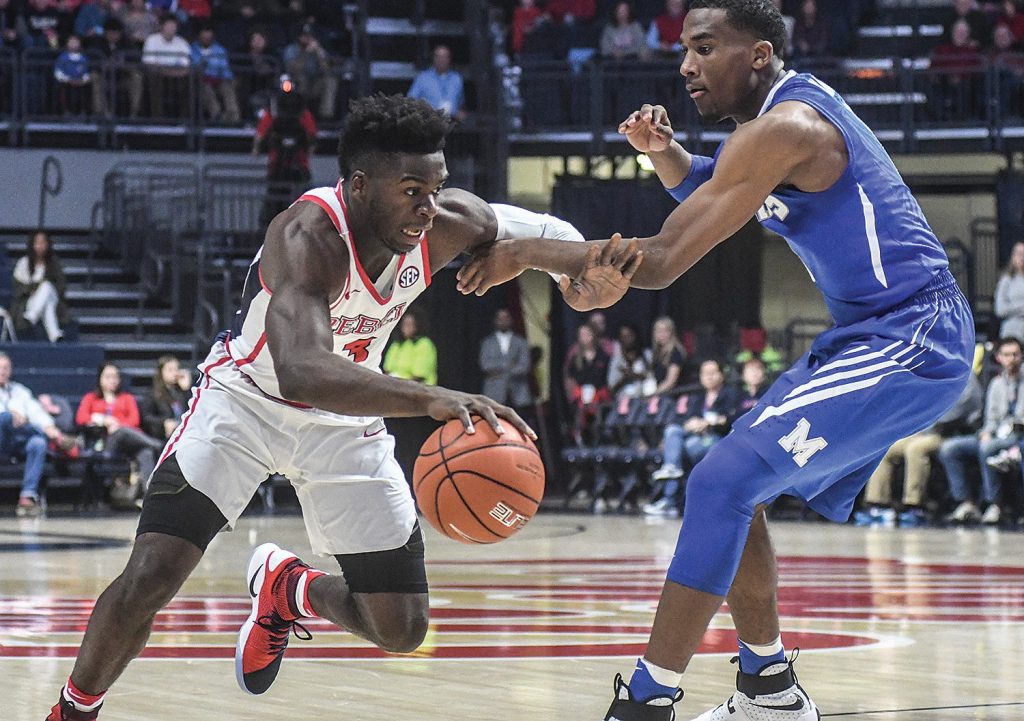 Ole Miss looked like a different team Saturday than the one that showed up Wednesday in that ugly loss to Middle Tennessee State. The Rebels showed energy and resiliency in an 85-77 win over Memphis, the second-best team they’ve played so far this season if you go by the latest KenPom ratings.

Here are some takeaways from the victory.

Ole Miss got a win it had to have

Fans that have followed Ole Miss basketball for the last decade know Andy Kennedy doesn’t sugarcoat anything, so when he said Saturday’s game was a must-win for his team, he means it.

It may have been a bit hyperbolic considering the Rebels still have more than three months of their regular season left, including their entire Southeastern Conference slate, but it could be a critical win on the Rebels’ postseason resume come March.

It’s the Rebels’ first win over a KenPom top-100 team — the Tigers began the day at No. 89 — with no guarantee that Ole Miss gets any more before league play starts. Ole Miss only has two more KenPom top-100 opponents in the non-conference — next Sunday’s trip to Virginia Tech and a Jan. 28 matchup with Baylor — and the Rebels will be underdogs in both.

It was also important how the Rebels won Saturday, coughing up a double-digit lead midway through the second half before fighting back to build another double-digit advantage that put the game away late. That can be a confidence booster against that quality of opponent with so many new players still trying to get comfortable with each other.

Ole Miss is 4-0 in games when Sebastian Saiz records a double-double. In other words, Ole Miss goes as its big man goes.

Saiz’s 20-point, 16-rebound afternoon against Memphis was more impressive considering the extra defender the Tigers began to throw at him after a couple of early baskets. The double teams are a trend that’s been developing over the last handful of games, and they’re something Saiz is likely going to have to deal with the rest of the season as teams try to make someone else beat them.

“I guess once you start being a good player, they try to double-team you,” Saiz said. “I wish it was one-on-one to see who’s better, but I guess all the teams are scared of doing that with me. Just bring it. I can handle whatever you’ve got.”

Saiz had 13 points and seven boards in the first half and continued to be aggressive when Memphis turned up the defensive pressure on him in the second, either going through contact to finish or passing back out to start ball movement on the perimeter that usually ended with whoever the Tigers left open getting a clean look.

Ole Miss got enough contributions from Deandre Burnett (19 points), Cullen Neal (12), Terence Davis (9) and Rasheed Brooks (8) on Saturday, but the Rebels will have to get similar production from Saiz consistently to be successful.

Freshman Breein Tyree and Davis, a sophomore, were the latest insertions into a starting lineup that Kennedy said he’s still evaluating on a day-by-day basis.

Tyree got his first collegiate start in place of Neal at the point while Davis got the nod over Brooks. The youngsters give the backcourt an increased level of athleticism with the ability to get to the rim on the bounce and break down defenses. Davis had nine points — seven of those coming from the free-throw line — while Tyree had six points, two assists and two turnovers in 16 minutes.

But that youth shows up, too — no more so than when Davis, the former two-sport standout who’s getting his first extensive playing time at Ole Miss after focusing strictly on basketball in the offseason, tried a 360-degree dunk on a breakaway in a tie game with 6:12 to go. Davis also had four turnovers while Neal and Brooks combined for six assists and just one turnover.

Marcanvis Hymon got his first start at power forward since the Paradise Jam and had six points, four rebounds and four blocks before fouling out late. Saiz and Burnett are the only mainstays in the starting lineup at this point.

Up next: Ole Miss will get a week off for exams before traveling to Virginia Tech on Dec. 11. Tip is set for 11 a.m. on ESPNU.