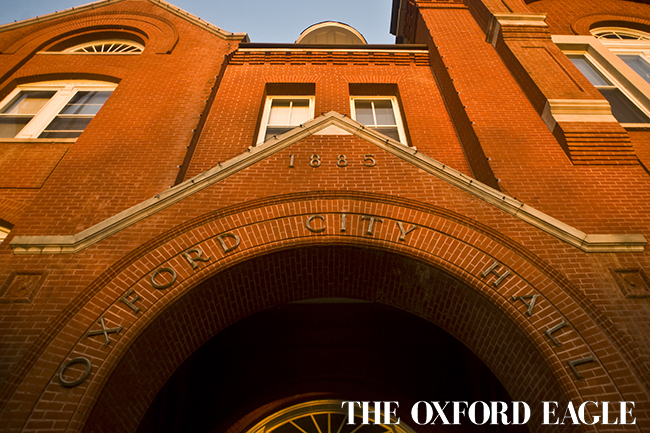 In anticipation of the Oxford Board of Aldermen voting to move forward with a parking garage Tuesday, a Request for Proposals is typed up and ready to send to local newspapers on Wednesday.

On Friday, the Downtown Parking Advisory Commission met to discuss last minute changes to the RFP to make sure it’s ready to be sent out.

Contractors will have six weeks from the date of public to submit their bids on the design and construction of the new garage.

Parking Director Matt Davis said the RFP was drawn up to be less specific, giving contractors minimums and maximums and then allowing them some creative freedom to see what is presented in any RFPs that come in.

Preliminary plans for the proposed parking garage call for the facility to be a state-of-the-art concrete facility with street/plaza elements on the fronting streets, according to the RFP presented to the Parking Commission Friday. The parking garage is proposed to have design features such as aesthetic finishes, and a roof skyline reflective of the buildings in the Historic Oxford Square and surrounding areas. The street/plaza design of the parking garage complex should attempt to mimic the real street environment, blend with the urban streetscape to create an authentic feel. Planters, clearly visible well-lighted stairs, concrete areas and other features that can be used, should all be considered in the conceptual plan. The design should allow for the parking garage to accommodate all users and include modern parking technologies, such as parking sensors.

The RFP gives developers freedom to be creative, but the two criteria that all RFPs must include are designing a garage with at least 500 parking spaces and staying within the $9 million budget.

The RFP also asks developers to include a minimum 100-square foot heated/cooled multipurpose room that may be used as a substation for the Oxford Police Department where officers working on the Square can do paper and computer work. The room  will not include any holding facilities, said OPD Chief Joey East, who attended Friday’s meeting.

Consultant and former city planner Tim Akers told the commission the city needs to research what utilities are located on the proposed site for the garage, which is the city-owned lot behind the Oxford-University Club.

“The first thing contractors will ask is where the utilities are,” Akers said. “If they don’t know, we won’t get good bids.”

Also during the meeting Friday, Davis presented the parking revenue and number of tickets issued during the month of November. Parking meters took in $45,422 in November, down slightly from the monthly $50,000 average; however, Davis said that was due to the Thanksgiving holiday. Meters were turned off on Thanksgiving.

Davis also reported the Parking Department is advertising for a part-time parking officer to help with enforcement at night. The aldermen are also expected to vote on whether to extend parking meter enforcement from 10 a.m. to 10 p.m. to 10 a.m. To midnight, seven days a week.

The Board of Aldermen will meet at 5 p.m. Tuesday at City Hall.