Everything fell into place for Lafayette’s championship run 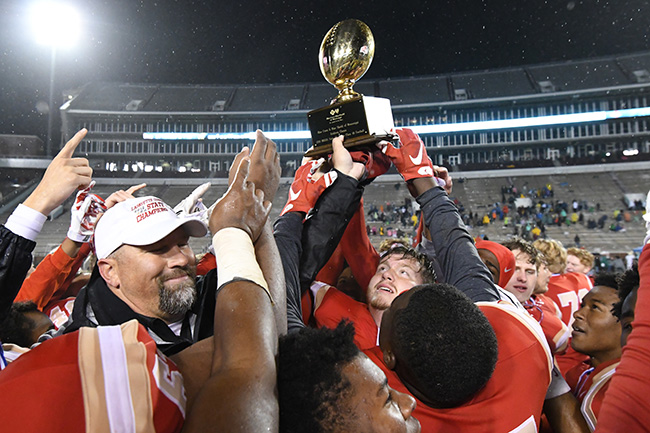 Lafayette players, and head coach Michael Fair, hold aloft the trophy following the win over Poplarville in the MHSAA Class 4A state championship game, at Davis-Wade Stadium in Starkville on Saturday. The Commodores won 27-12. (Bruce Newman)

Two weeks into the season, Lafayette did not have the look of a title contender. Sure, they would probably make it to the postseason with enough talent returning and a not-so-strong region outside of a couple teams. The Commodores fell to Horn Lake, 26-17, in the season opener then fell to Grenada, 14-7, on the road to begin the year 0-2.

The game in Grenada was scoreless until the final eight minutes of the game when all 21 points were scored. It was the second half against the future Class 5A playoff team where the Commodores started to see what would lead to their special season.

“It’s hard to explain,” Lafayette head coach Michael Fair said. “We knew we were going to have a good team. We didn’t know how good. I thought we could scratch out some wins, especially after that second half of the Grenada game. I keep going back to that because I think that’s when we kind of clicked.”

Whatever it was that clicked, Lafayette was able to hold on to it during a bye week that was not expected as a team canceled on the Commodores late in the summer and they were unable to find a replacement with such short notice. What they did was treat the bye week as a game week and went to work on themselves in practice. With two full weeks to practice and prepare, Lafayette ended a four-year losing skid against crosstown foe Oxford with a 23-3 victory on Sept. 9. They would not lose another game all season.

“It’s just been a heck of a ride,” Lafayette quarterback Will Ard said. “We started 0-2 and people counted us out. But Coach Fair always said he had a plan. … (Grenada) is where we found out who we were. We run it, we run it and we throw it a couple times. That’s just who we were.”

The right pieces
The 2016 season was a culmination of all the pieces the Commodores needed coming together at the right time.

Ard transferred in from Pontotoc two seasons ago with a goal of a state championship before he ended his high school career. The senior defeated his former team in the North Half title game and played well enough on Saturday to the earn the honor of MVP of the 4A state championship game with his 108 yards and one touchdown pass.

“That’s the big reason why we wanted to come to Lafayette,” Ard said. “We knew their rich tradition of football. When I moved here, they took me in and I just appreciate all of it.”

Then came the biggest piece for the Commodores’ offense, Jamarcus Quarles. The junior had to fill the shoes of Tyrell Price, and he did that plus some. Quarles ran for more than 2,000 yards and scored 18 touchdowns in 15 games. 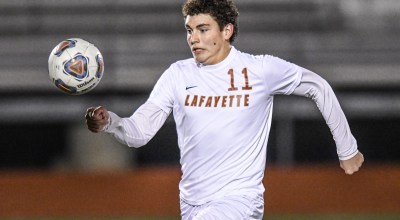