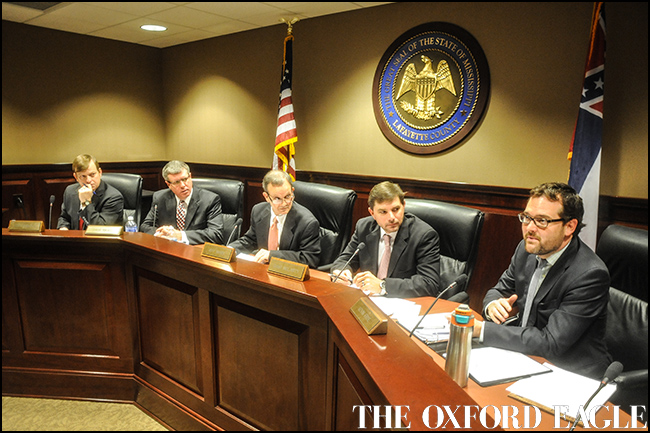 A planned condo development received approval from the Lafayette County Board of Supervisors after the developer won his appeal Monday evening, despite objections from many of the same residents who spoke out against it during last week’s county planning commission meeting.

The commission denied The Cottages development in The Highlands subdivision a week ago and developer John McCurdy appealed his case to the supervisors.

Jeff Williams of Williams Engineering, representing McCurdy, presented the same case to the supervisors he presented last week to the planning commission outlining all of the documentation that the proposed development meets county guidelines. He also said the developer completed a water pressure check at 11 fire hydrants in The Highlands, which indicated the water pressure did not fall below 60 psi. The state minimum is 20 psi.

“We would ask this board to reconsider based on the qualifications that we’ve met on the subdivision regulations, reverse that decision  and vote to approve this development,” Williams said.

A concern last week among the commission and some residents in the Highlands — who once again packed into the supervisors board room — is water pressure from Punkin Water Association, which is the utility provider. They were worried about fire protection and water quality.

County fire coordinator Wes Anderson told supervisors the flow from the hydrants in the Highlands “were more than adequate for us to fight a fire,” after pressure testing Monday morning.

Williams acknowledged that there are outside factors associated to the water pressure and water quality concerns for residents in the area, such as plumbing running into the homes of residents, water filters to alleviate iron issues, maintenance to water lines, or even hot water heaters.

“There’s lots of issues that could be related to low (water) pressure,” Williams said. “But we are not finding any low water pressure on the system itself.”

TJ Ray, a member of the planning commission, recommended supervisors grant the appeal based upon the results of the recent water pressure tests.

Supervisor Kevin Frye at first asked to table the matter because he wanted more water pressure testing done earlier in the morning “when more people are using water,” as well as require the developer to get a Storm Water Permit (SWIP). He got a second from supervisor Jeff Busby but his motion was denied by the other three supervisors.

A second motion from Frye to table the matter until water pressure testing could be done between the hours of 6 and 8 a.m. and 6 and 8 p.m. never came up for a vote. Finally, after nearly an hour of discussion on the matter, Frye made the motion to approve the development contingent upon receipt of pressure testing done between 6 and 8 p.m., proof of proficient fire protection and an agreement related to the number of boats allowed at the development and age restrictions on tenants, which must be included in the covenants. It was approved unanimously by the board.

The Cottages is a 31-unit condo development that McCurdy said will be owner occupied only — no rentals — and an age restriction of 25 or older.

“We are very thankful to the Board of Supervisors for unanimously approving the Cottages at The Highlands project and that all requirements were met for continuation of development coupled with a review of purported water issues to the satisfaction of the board,” McCurdy said in a statement.