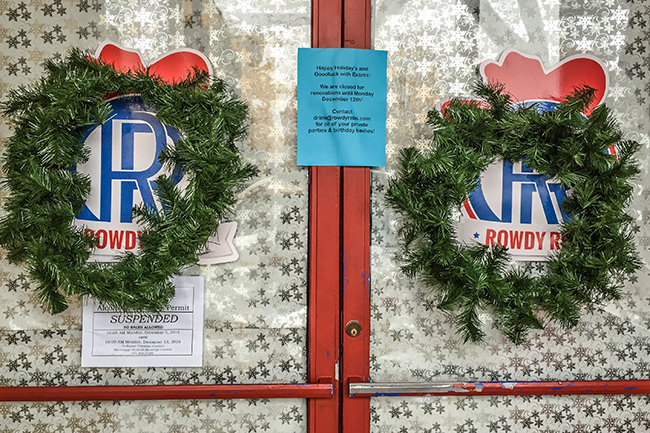 A sign on the door Monday said the bar’s alcohol permit has been suspended until Dec. 12.

ABC Enforcement did not return calls Monday as to why the permit was suspended, but generally when ABC suspends a license it’s due to underage drinking infractions.

The owners or spokesman for Rowdy Rebs could not be reached for comment; however a message on the Rowdy Rebs’ Facebook page said they would be closed until Dec. 12 due to it being “exam week.”

“It probably happened a few weeks back,” McCutchen said. “The business has an appeal process so this was probably a date they agreed on.”

Exam week for University of Mississippi students is generally a quieter week for downtown Square restaurants and bars.