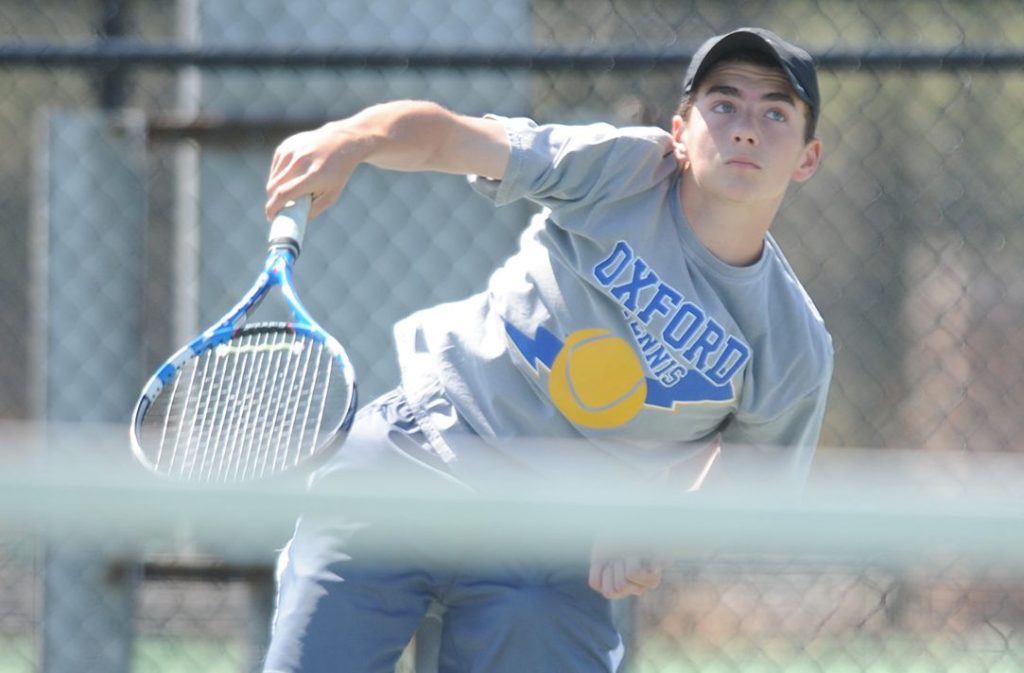 There is a recruiting pipeline being formed in high school tennis. It goes from Oxford to Meridian Community College by way of Highways 6 and 45.

Meridian has already landed players from Oxford and Lafayette High Schools with last year’s class. On Tuesday, MCC added another one as Oxford’s Max Mauney signed with the Eagles at the Oxford Parks Commission office.

Mauney makes the third Charger to sign there in the past two years as Will Swindoll and Callan Shinall have wrapped up their first fall season at Meridian, leading the Eagles to a No. 11 ranking in the process.

“I’ve always wanted to play college tennis,” Mauney said. “(Meridian’s) a great program. …They’ve always been successful, and I felt comfortable as soon as I went down there for my visit. I talked to Will and Callan and they liked it. Obviously, I felt I’d like it and I’d be back down with them.”

Mauney credits having two former teammates already at Meridian as one factor for choosing to continue his career with the Eagles, but he also enjoys the program that head coach Wanda McPhail has created and is eager to help contribute. McPhail started the recruitment hard and heavy in the fall when she attended one of Mauney’s matches in Jackson and the offer came shortly after. Mauney was also considering Millsaps College and Delta State.

Before he makes that move, Mauney is also eager to finish his career with yet another state title as Oxford, and head coach Louis Nash, are looking for their 10th consecutive state championship come May.

“Now that I made the decision, I can kind of focus on getting my grades where I want them,” Mauney said. “(Nash) has definitely got me more mentally prepared. As a young player, I would get very frustrated. But he has definitely helped keep me in check these last couple years. I think I’ve definitely grown, and I don’t know what I would’ve done without Coach Nash.”