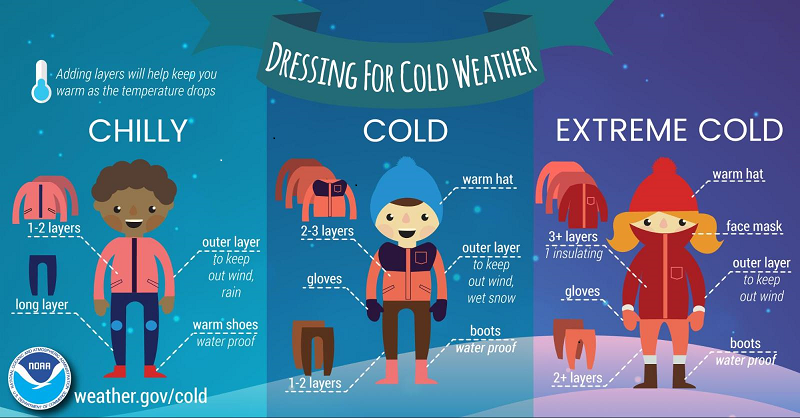 While it has started to look a lot like Christmas already in Oxford with the Square lit up and decorations being proudly displayed on homes, Jack Frost will be making it truly feel like Christmas over the next two days as a powerful cold front makes it way into north Mississippi.

The cold air outbreak, according to the National Weather Service, made its way into Oxford overnight, leaving the high for today only 40 degrees. However, tonight’s temperature is expected to drop to 17 degrees.

Friday’s high should reach just 37 and drop 20 degrees once the sun goes down for the second night of an expected 17-degree low. Both days are expected to be partly sunny during the day and mostly clear at night.

Things will “warm up” slightly over the weekend with highs in the upper 40s to low 50s and lows in the upper 30s overnight. The NWS forecasts the highs and lows to remain similar throughout the week with some rain expected Sunday.

Wind chills will approach the single digits on Friday morning, according to the NWS.

Freezing temperatures can lead to broken and frozen water pipes. Blocking off the outside air by covering outdoor  spigots is a good way to keep the freezing air out of the pipes, said Oxford Emergency Management Coordinator Jimmy Allgood.

“If your house is well insulated, it shouldn’t be necessary to keep the water running to prevent the pipes from freezing but if not, then it’s a good idea,” he said. “But keeping the cold air out by covering the  spigots outside is the best way to prevent that.”

If the pipes freeze wrap pipes in rags. Completely open all faucets and pour hot water over the pipes, starting where they were most exposed to the cold, or where the cold was most likely to penetrate. Learn how to shut off water valves in case a pipe bursts.

Even some of the heaviest duty heaters will be strained to keep homes warm for the next several days and some folks may be tempted to use supplemental heating sources. Space heaters, if used as directed and are in good working conditions — no frayed wires — can be a good option.

Don’t use extension cords and make sure it is three feet away from anything that could catch on fire.

“Too many fires and fire deaths in Mississippi are caused by faulty heating equipment or people using ill-advised methods to stay warm,” Mississippi Commissioner of Insurance and State Fire Marshal Mike Chaney said.

Allgood also warns against leaving pets outside during the next two nights and reminds everyone to be mindful of their elderly and disabled family members and neighbors.

“If you have elderly neighbors or family members who have special needs or have a hard time getting around, check with them to make sure they have everything they need to stay warm,” he said.