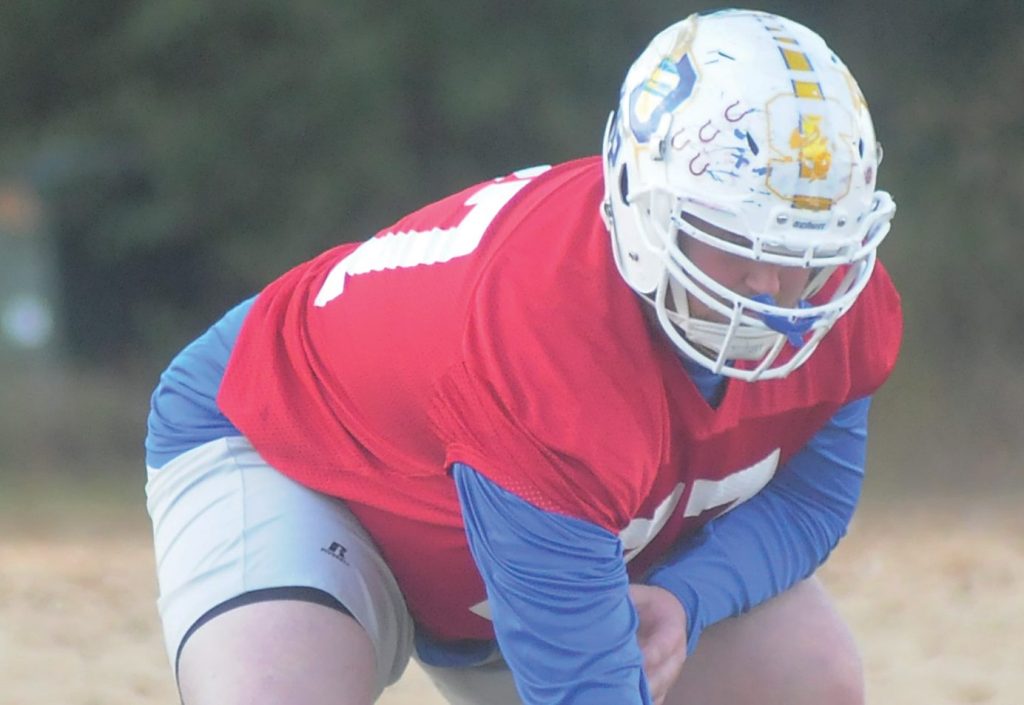 MONTGOMERY, Ala. — The week is nearly over, and with one day left before the 30th annual Mississippi-Alabama All-Star game, Team Mississippi is getting in their final work on the practice field.

Mississippi spent Thursday afternoon doing a walkthrough at Foshee-Henderson Stadium on the campus of Stanhope Elmore High School in Millbrook. The Magnolia State is trying to win two in a row after ending a seven-game losing streak to Alabama last year.

“It’s been great,” Mississippi head coach Todd Mangum said. “We got a great group of coaches and it’s just been very, very enjoyable.”

Mangum, who is also the head coach at Wayne County High School, is having to piece together a roster full of talent from every inch of Mississippi. Offensively, Mississippi should be just as talented as last year’s bunch, which included Oxford standouts Jack Abraham and D.K. Metcalf and Starkville’s A.J. Brown. The 2016 roster is loaded with Mississippi Associatoin of Coaches’ Players of the Year on both sides of the ball. Class 4A POY and St. Stanislaus quarterback Myles Brennan along with 6A POY and Clinton standout Cam Akers anchor the offense.

“We’ve got some good players and really good receivers who can run and catch the ball,” Mangum said. “(Columbus running back) Kylin Hill at running back, also Cam and then of course Myles playing quarterback. So we really feel good about our offensive skill guys.”

Brennan will have a key target out wide with Hattiesburg’s Jordan Murphy, the Class 5A POY, along with Hill and Akers.

Oxford is represented by a lone Charger in center Colton Skidmore. With Lafayette’s Tyler Carmichael-Williams choosing to not attend this week’s game, Skidmore is the only player that will be representing the Oxford-Lafayette community on Saturday. It has been a week of gelling for the entire roster as players have to adjust 10 new players on the field with them. The offensive line is no exception.

“It’s been an awesome experience,” Skidmore said. “A lot of cool guys, definitely a lot of good athletes. … Monday was a little rough just because you all come from different places, different coaching and that sort of stuff. The afternoon practice Monday was a lot better. You grow as a unit and it works pretty well.”

The offense is not the crown jewel of the roster as top recruits and top talent from Mississippi will be going against Alabama’s defense inside the Cramton Bowl in Montgomery.

“Archie’s a really good player in the secondary,” Mangum said. “One thing that he has is he’s a big corner. He’s long and has a lot of length. A good football player whose best football is ahead of him.”

Mississippi wrapped up practice today with a morning session. The game will kick off at noon on Saturday.