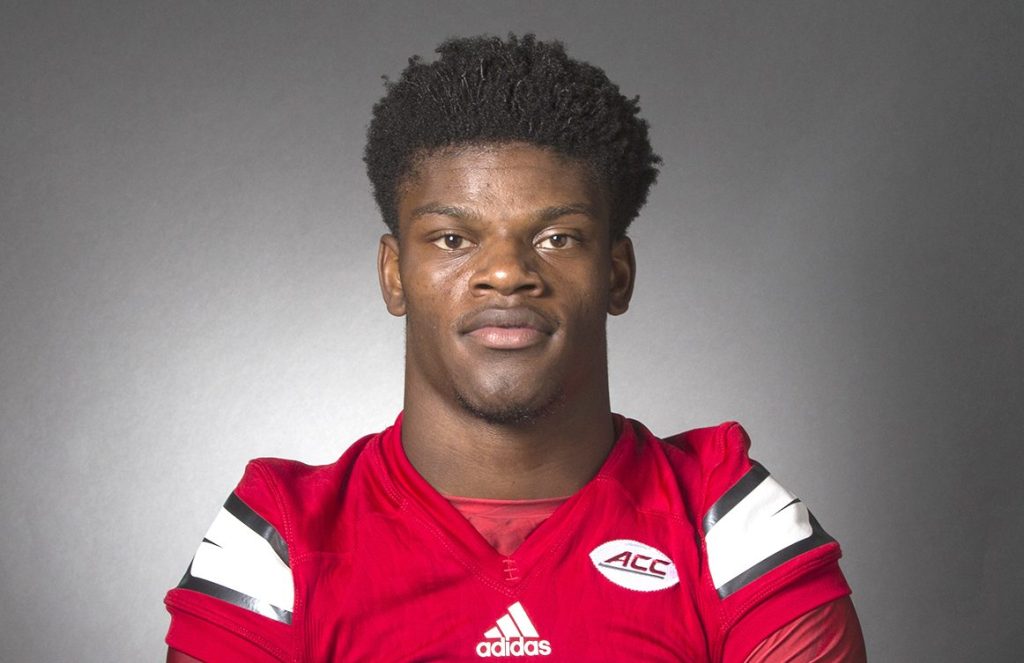 Lamar Jackson made all kinds of history Saturday night.

And he wasn’t much of one.

Jackson received 2,144 total points from voters while Watson was next with 1,524 points. Mayfield finished a distant third in the voting with 361 points while Westbrook (209) and Peppers (208) were fourth and fifth, respectively.

In his first season as the full-time starter, Jackson posted school and Atlantic Coast Conference records for total touchdowns (51), rushing yards by a quarterback (1,538) and rushing scores by a quarterback (21). He completed 57.6 percent of his passes in the regular season for 3,390 yards and 30 touchdowns, needing two scores against LSU in the Citrus Bowl on Dec. 31 to break Teddy Bridgewater’s single-season school record.

He’s run for at least 100 yards in eight games this season with the biggest display of Jackson’s dual-threat ability coming against Syracuse when the 6-foot-3, 205-pounder accounted for an ACC-record 610 yards of offense (411 passing, 199 rushing).

Jackson, the first player in FBS history to pass for 3,300 yards and run for 1,500 yards in a season, also won the Walter Camp and Maxwell awards. Yet Watson, the Tigers’ junior signal caller, won the Davey O’Brien Award as the nation’s top quarterback for the second year in a row.