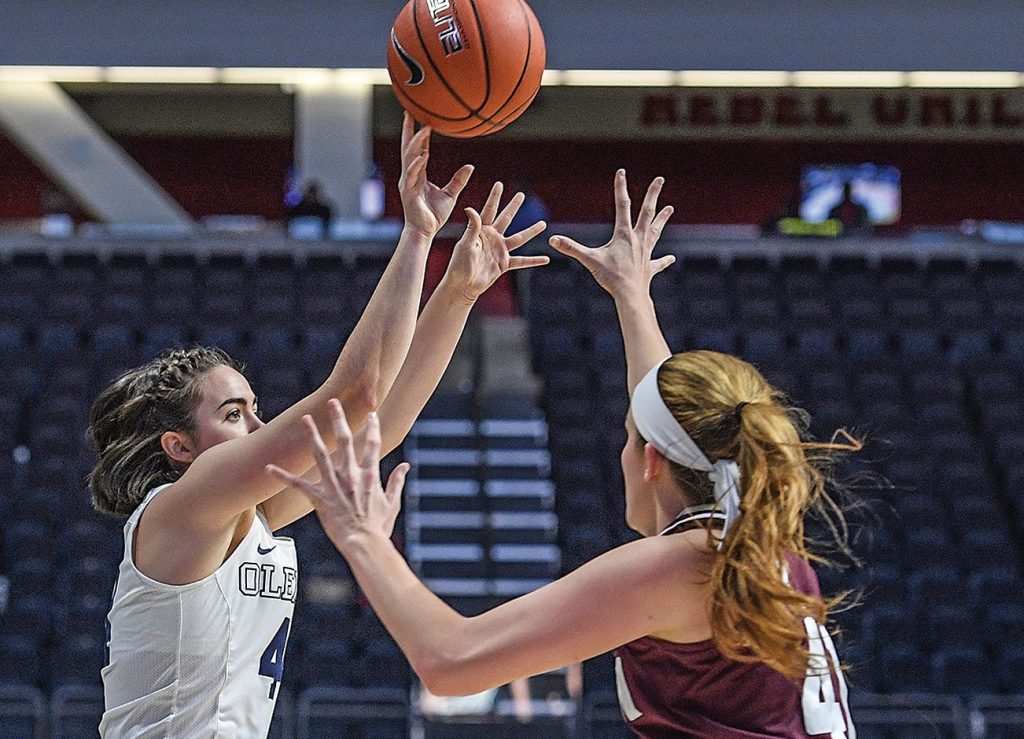 Madinah Mahammad led four Rebels in double figures with 21 points, and Ole Miss cruised to its most lopsided victory of the season with a 97-40 pasting of Louisiana-Monroe at the Pavilion at Ole Miss on Saturday.

The Rebels weren’t ever threatened, leading 31-5 after the first quarter and 49-11 at the half. The margin of victory is the fifth-largest in program history.

Shandricka Sessom added 16 points, Erika Sisk had 13 points and Bretta Hart chipped in 10 for the Rebels, who improved to 6-0 at home for the first time since starting the 2012-13 home slate 7-0.

Freshman forward Shelby Gibson made her first career start, finishing with eight points and four rebounds. The Rebels were plus-10 (45-35) in rebounding margin

Ole Miss shot 45.2 percent from the floor and 46.2 from 3-point range and finished with 25 assists on 33 made baskets. Alissa Alston dished out a career-high nine assists.

Mahammad eclipsed the 20-point mark for the third time this season, going 5 of 12 from the field, 4 of 9 from 3-point range and 7 of 9 from the free-throw line. The Rebels went 19 of 24 from the charity stripe.

Gabriella Cortez scored 16 points to lead Louisiana-Monroe (2-6), which was limited to 30 percent shooting from the field.

Ole Miss had 20 steals and forced 31 turnovers, scoring 29 points off of them. Louisiana-Monroe was held to six points or less in every quarter but the third and went 0 for 8 from the field in the fourth.

Ole Miss will stay home Wednesday to take on Oregon. Tip is set for 6 p.m.