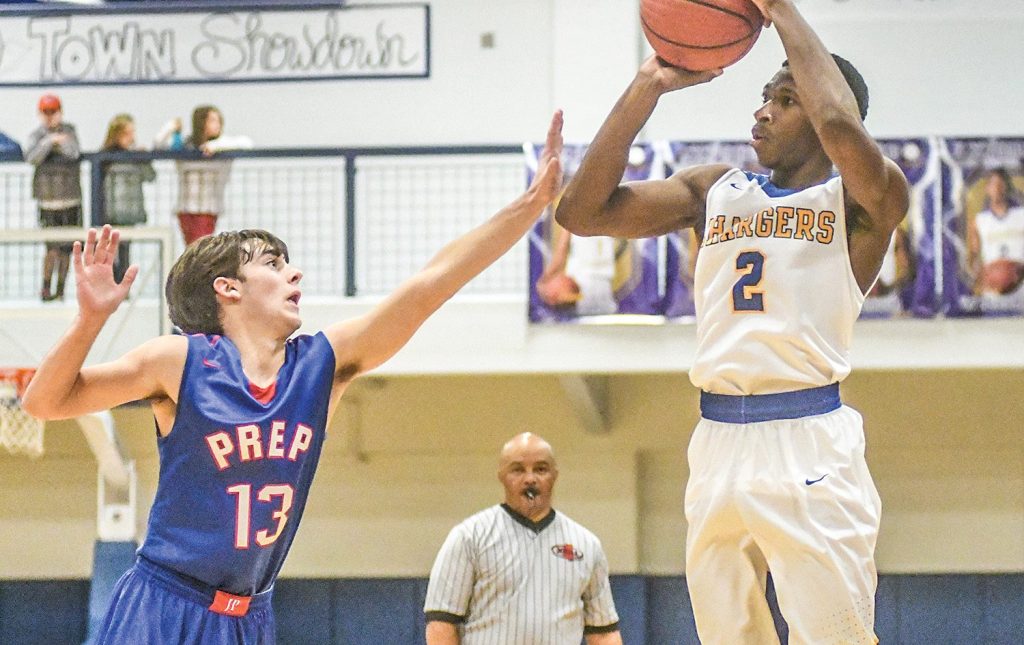 The opening night of the “O” Town Showdown on Friday could not have started any better when the Oxford Lady Chargers beat Jackson Prep 38-21. The Lady Chargers held the Patriots to just four points in the second half while Oxford’s Jordan Freeze scored 12 of the Chargers’ 21 second-half points.

Early in the game, turnovers plagued both teams and the few shots that were taken represented a low halftime score of 17-12 in favor of the Chargers. The second half was a different story as the Chargers’ defense took over and caused multiple turnovers while managing to generate offense without giving the ball away. The Lady Chargers held the Patriots to zero third quarter points, and Oxford coach Cliff Ormon praised his team’s effort after the game.

“The third quarter was huge for us,” Ormon said. “We held them to zero points, and whenever you do that, it says something about your team. We were able to set our defense and cause turnovers.”

With a game against Madison-Ridgeland Academy on Saturday night, the Lady Chargers will take on a team that has only played their second game of the season. Ormon believes the depth of his team has been able to wear teams down even though injuries have been a problem for his squad.

With the Lady Chargers securing a win early in the night, the boys team was able to dominate Jackson Prep to give Oxford the ideal starting night to the Showdown. The Chargers scored 52 points in the first half while only giving up 21. Terry Williams led the Chargers with 33 points while Jarkel Joiner finished with 25 points of his own.

The game got out of hand quick and the first three quarters were comfortably controlled by Oxford. Williams caught fire after hitting a 3-pointer late in the first half and carried that momentum into the third quarter. After hitting two more contested 3s, Joiner would score his last four to give the Chargers a 39-point lead going into the fourth quarter. Oxford won 83-41, and head coach Drew Tyler reflected on his team’s lockdown defense after the win.

“Coming out of the gate, man-to-man defense was non-existent, and it would have been a long night if we continued that. We changed it up and wanted to speed the game up, which makes it harder to find Joiner and Williams, but we did that well and I like it that my team can win in two different styles. We have won in the low 80s and won in the low 60s. It’s nice to be versatile, but I know we have to work on our man defense.”

Saturday against MRA, Tyler wants his team to focus on rebounding and winning the hustle battle.

“We don’t want to give up second shots, and we need to know the importance of rebounding and I feel good about tomorrow if we can do that.”

Owens led the Lady Chargers with nine points and three assists. Zinn had seven points while Wilborn added six points and a team-high eight rebounds for Oxford, which was held to single digits in each of the first three quarters.

Oxford will play host to crosstown rival Lafayette on Friday.