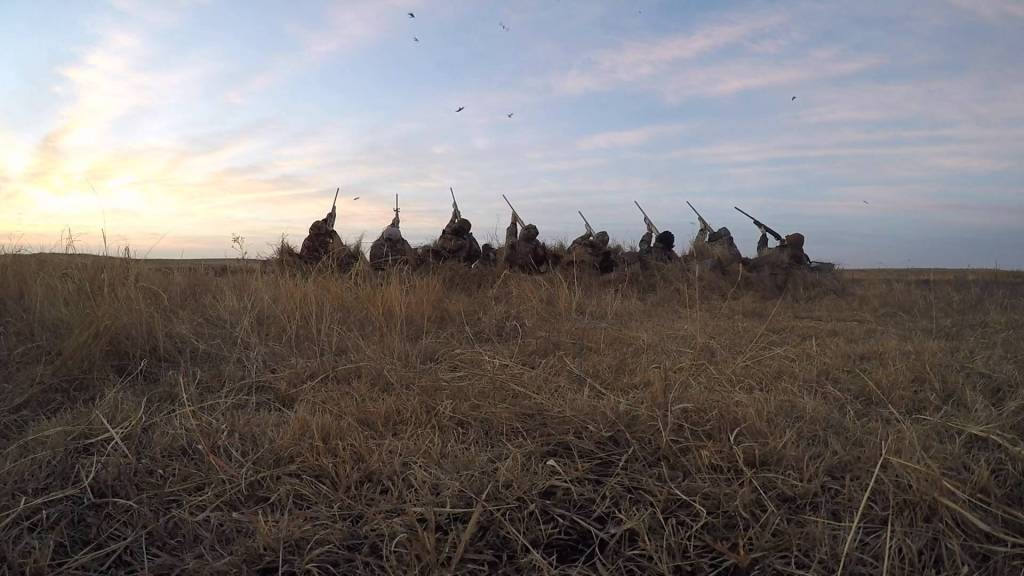 By Robert High
Special to the EAGLE

When it comes to duck hunting, there are many premier destinations to hunt all over the world.

Many like to hunt the early season in October up in Canada. Others like to hunt Arkansas due to how famous it has been for its duck hunting over the last fifty years.

Some even travel all the way to Argentina to hunt a completely different species of ducks that you cannot even find in the United States.

However, Kansas has arguably the most underrated duck hunting in the entire country. Ole Miss student Wright Simmons and three of his friends formed Following the Flight Outdoors as a way of turning it into a business opportunity.

Following the Flight Outdoors is owned and operated by Simmons, Nathan Garrett, Walker Diab and Jackson Diab. The four took a trip together to Kansas for a recreation hunt four years ago. They realized it was the best duck hunting they had ever seen.

According to American Hunter’s Shawn Skipper, Kansas is a major stopping point along the central flyway for ducks heading south for the winter.

All of their friends from home and throughout the sport were blown away by how much success they had and expressed how much they would love to go on the next hunt in Kansas.

That is when the four realized they should move to Kansas in the winter months and host duck hunting trips for clients. Word got around and they quickly filled their calendar with duck hunting enthusiasts.

“We knew once we handled the logistics of housing and locations to hunt, the trips would sell themselves,” Simmons said. “This is truly the best place to hunt in the United States.”

Wright was correct and he has a long list of satisfied clients to prove it.

“After we take groups on their first Kansas duck hunt, it is not abnormal for them to say that was the best duck hunt of their life,” Jackson Diab said. “That is what we want to hear and that is why we created this business.” One of the most interesting duck hunters of them all is head guide Nathan Garrett.

Garrett is the most experienced guide of the group and is actually considered a celebrity within the industry.

He chose to be homeschooled at the age of 12 so he could begin guiding hunts. Even at such a young age, he successfully led clients on countless hunts. On top of this, Garrett has blown duck calls in national competitions for most of his life, his most prestigious award being the youth national championship for swan calling using only his mouth.

For Garrett, guiding ducks is more than just a business venture. He loves hunting and credits his father, who died in 2012, for instilling that passion.

Brothers Walker Diab and Jackson Diab grew up hunting along the coast of North Carolina. It didn’t take long for them to become known as some of the best hunters and fishermen in the area. Simmons and Garrett are also from Wilmington; their passion for the sport brought them together as best friends and business owners. Walker Diab and Garrett recently moved out to Kansas for the 2016-2017 hunting season. Simmons and Jackson Diab will be heading out there to join them in December.

Over the next four weeks, the four will chase ducks through the central and eastern sections of Kansas and there will be little rest until the duck season ends on Jan. 3. Then the team will turn their focus to strictly goose hunting. Not as many clients are interested in the geese, but these young men hope to change that.

“Most of the clients we get are strictly interested in ducks but an open field goose hunt is about as fun as it gets,” Walker Diab said. “Once we convince our clients to give it a shot, they are hooked for life.”

It has been said that people who love their work never work a day in their lives. That is exactly what these four young entrepreneurs are hoping to achieve.

The ducks keep flying, and Following the Flight Outdoors keeps on growing.

This might be bad news for ducks, but great news for hunters.