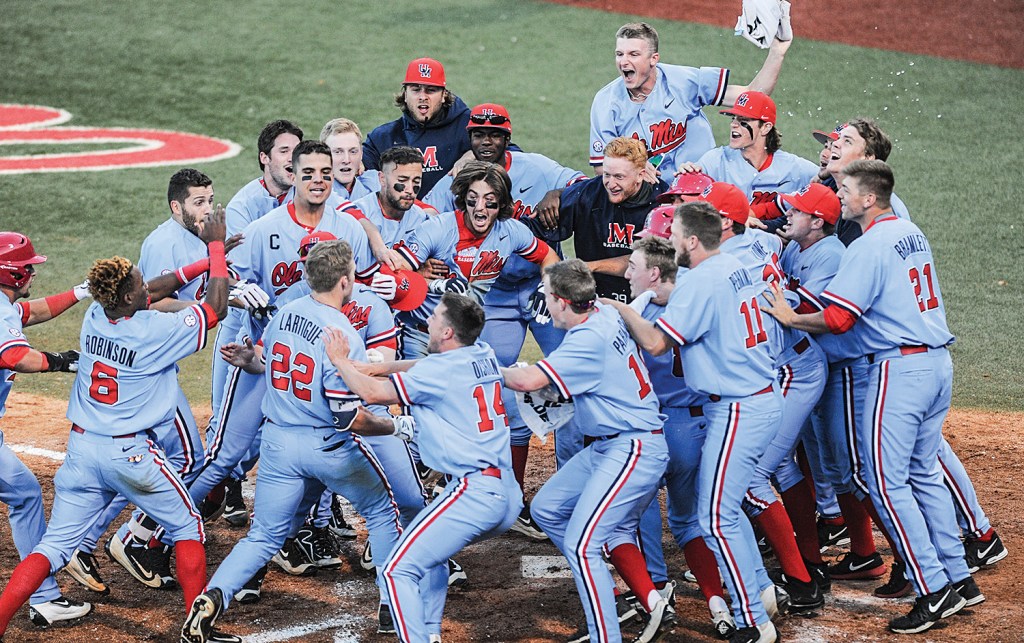 Ole Miss' Henri Lartigue (22) is mobbed by teammates following his three run home run in the bottom of the 9th inning against Kentucky at Oxford-University Stadium in Oxford, Miss. on Saturday, May 14, 2016. (Bruce Newman, Oxford Eagle via AP)

The Southeastern Conference unveiled the television schedule for the 2017 baseball season Wednesday with Ole Miss set for 11 nationally televised games, a number that could grow once the season arrives.

Ten of Ole Miss’ games are scheduled to be televised by the SEC Network, including a home game against Vanderbilt on March 19 to conclude the first weekend of SEC play, games at Kentucky on March 23 and March 25 and the annual Governor’s Cup against Mississippi State in Pearl on April 25.

Ole Miss’ series opener against the rival Bulldogs at Swayze Field on March 30 will be aired on ESPNU.

Other games to be broadcast on the SEC Network are the series finale at home against Alabama (April 9), the first two at Arkansas (April 27-28), the series finale at Florida (May 7) and the final two games of the Rebels’ final home series against Texas A&M (May 13-14).

The SEC Network will also use five wild-card selections, allowing the network to pick games it wants to air later in the regular season. The network will carry every game of the SEC Tournament (May 23-27) other than the championship game, which will air on ESPN2.