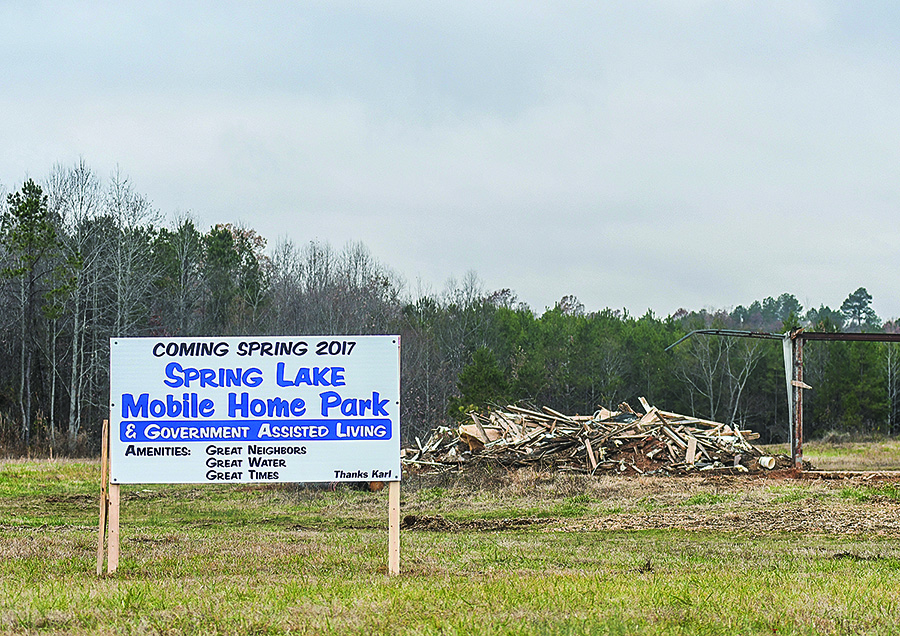 A controversial subdivision development proposed for the Spring Lake area will come before the Lafayette County Planning Commission during a special appeal meeting at the Chancery Building on Friday morning.

The planning panel will meet at 8 a.m. to hear Pebble Creek developer Brantley Cox appeal the commission’s decision earlier this month not to grant a recommendation to the county board of supervisors.

Cox decided to cut down the number of units in an effort to alleviate water supply concerns. The development would be supplied by the Punkin Water Association. But the main concern has been the dam, which is considered by MEMA to be a high hazard dam following a study that was completed earlier this year. Currently, the homeowner’s association is in the process of making necessary improvements to the dam.

County engineer Larry Britt said — upon recommendations from MEMA — the project would require three stipulations including buyers being made aware of the potential for flooding if the Spring Lake dam does break, the subdivision be placed on the emergency action plan for Spring Lake, and require all houses within the development be constructed on conventional foundation with a minimum three-foot crawl space and not be constructed on a grade slab foundations.

The three-foot crawl space stipulation was a sticking point for Cox and his engineer on the project, Jeff Williams of Williams Engineering.

Other items on Friday morning’s agenda include:

•Taylor Crossing, a mixed-use development of 175 condo units located on the west side of Old Taylor Road, on the south end of the Thacker Mountain bike trail. Paul Koeshinina of Precision Engineering, presented preliminary plans of the development to the commission last month. The developers will be seeking commercial site plan approval