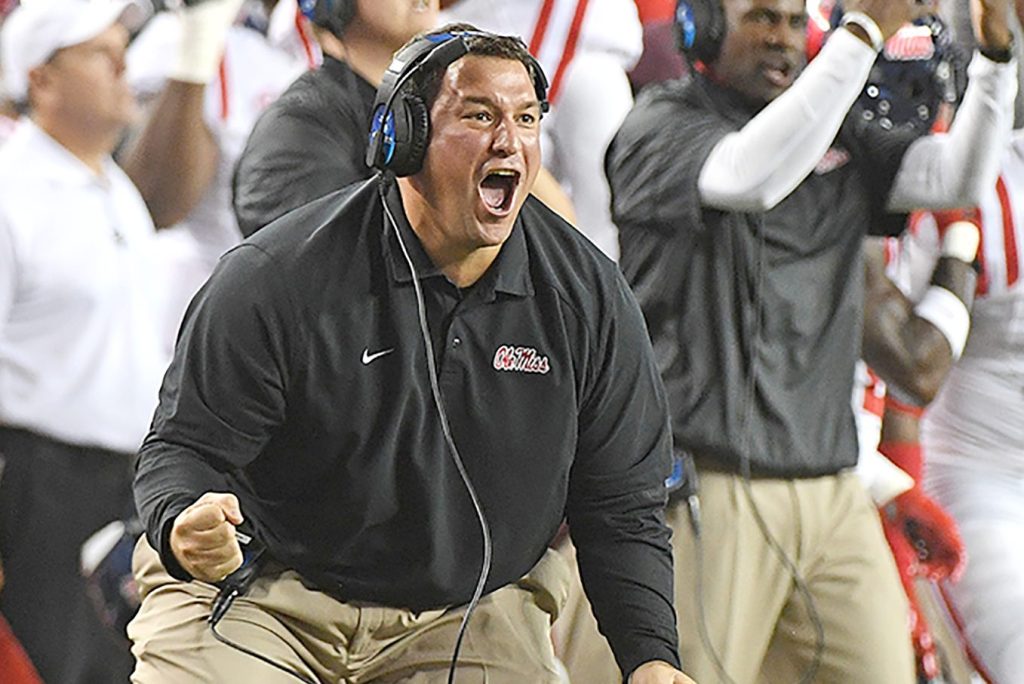 Chris Kiffin took to Twitter to say his goodbyes Thursday.

Fox Sports’ Bruce Feldman first reported the move. Kiffin confirmed it with a tweet late Thursday night and expressed gratitude for his time on the Rebels’ coaching staff.

I want to thank all of Rebel Nation and Oxford for 5 amazing years! My family and I absolutely loved our time there! #HottyToddy

Chris has been on Ole Miss’ staff for the duration of Hugh Freeze’s five-year tenure after coming with Freeze from Arkansas State in 2012. The younger brother of Lane, Chris has never been a coordinator.

Ole Miss’ search for a defensive coordinator of its own ended Thursday with Auburn secondary coach and former Ole Miss assistant Wesley McGriff reportedly being tabbed for the job.

Chris coached some of the Southeastern Conference’s better defensive lines the last few years with the Rebels leading the league in tackles for loss in 2013 and 2014 and finishing in the top 3 in 2015. Chris was also the recruiting coordinator for the defense and helped develop the likes of former All-American defensive tackle Robert Nkemdiche, a first-round pick in this year’s NFL Draft, and end Marquis Haynes, who set the school freshman record with 7.5 sacks in 2014 and will enter his senior season with 24.5 career sacks.

He was tabbed as the 2013 National Recruiter of the Year by Scout.com for his role in helping Ole Miss land Nkemdiche and other top recruits in the Rebels’ star-studded class that year.

Chris wasn’t allowed to recruit off campus for a period of time in 2015 as part of penalties Ole Miss self-imposed in response to the Notice of Allegations it received earlier this year as part of the NCAA’s ongoing investigation into the football program. Chris was specifically named in the notice and alleged to have provided impermissible lodging at his house while also arranging for impermissible meals and lodging for recruits’ family members.