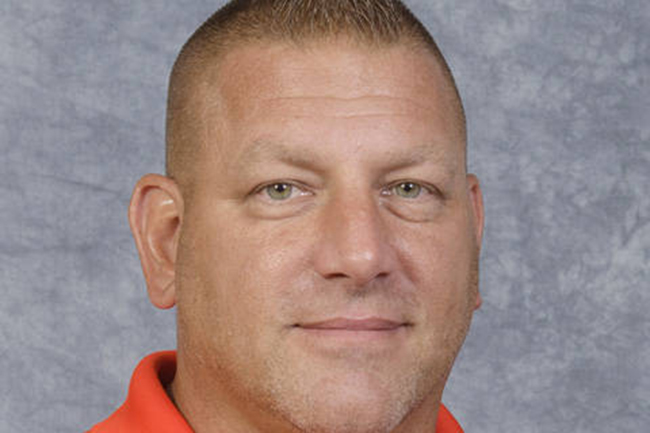 McGriff, who spent this season as Auburn’s secondary coach, is returning to Oxford after working under Freeze as the Rebels’ cornerbacks coach in 2012 while Longo spent the last three seasons in the same role at Sam Houston State, directing one of the nation’s most prolific offenses at the Football Championship Subdivision level.

McGriff is replacing Dave Wommack, who retired after a 38-year coaching career, while Longo takes over for Dan Werner, who was fired last week after serving as co-offensive coordinator and quarterbacks coach each of the first five seasons of Freeze’s tenure. McGriff will remain at Auburn through the Tigers’ Sugar Bowl matchup against Oklahoma on Jan. 2.

McGriff, who’s making $500,000 at Auburn this season, has agreed to terms on a three-year deal worth $1 million in his first season while Longo’s contract is a two-year deal starting at $600,000, the EAGLE has learned.

McGriff’s salary will increase to $1.1 million in the second season and $1.2 in the third. Longo’s pay will also increase by $100,000 in the second year. Ole Miss’ assistant salary pool was $4.3 million this season but could go as high as $5 million next season depending on the rest of the coaching staff hires.

“I am excited and grateful for the opportunity to return to Ole Miss and work with Coach Freeze again,” McGriff said in a statement. “Obviously I am familiar with history and tradition of success here. This is an elite program, and I look forward to helping this team win championships.”

Neither coach has coordinated at the Football Bowl Subdivision level. McGriff has nearly three decades of experience coaching at the collegiate and professional levels while other coaching stops for Longo include Slippery Rock, Youngstown State, Southern Illinois, Minnesota-Duluth and LaSalle, where he was the head coach from 2004-05.

McGriff spent three seasons as the secondary coach for the New Orleans Saints before being hired at Auburn in January. He has also coached defensive backs at Kentucky, Miami and Vanderbilt with his last defensive coordinator stint coming at Division II Kentucky State from 1995-99.

Auburn’s pass defense improved slightly under McGriff, ranking 61st nationally (223.6 yards allowed per game) after finishing 63rd in 2015 (222.5). The Tigers are eighth in the Southeastern Conference with 11 interceptions, three more than Ole Miss had.

It isn’t known what kind of scheme McGriff will run at Ole Miss.

“Wesley is the total package — an outstanding leader, creative coach and dynamic recruiter,” Freeze said in a statement. “The defenses haver been outstanding at every place he has been, and his most recent experience at Auburn has him well prepared for this opportunity.”

Longo’s offense led the nation in scoring and passing until a 65-7 loss to James Madison in the FCS quarterfinals Friday ended Sam Houston State’s season. The Bearkats posted season-lows in points, passing yards (158) and total offense (270).

Sam Houston State was the only FCS team to have more than 4,500 passing yards and 2,000 rushing yards this season. Longo’s offense produced 1,000-yard rushers in 2014 and 2015, something Ole Miss hasn’t had during Freeze’s tenure.

“We explored every name for this position, but Phil has been on my radar for a long time and it was clear that he is the man that can take our offense from good to great,” Freeze said. “Over the past three years, he has authored one of the most prolific and innovative offenses in all divisions of college football. Specifically, his units have excelled in three key areas that we need to address — rushing offense, third-down efficiency and red-zone success. From Chip Kelly to Joe Moorhead, we have seen offensive coordinators make successful transitions from FCS to FBS, and I expect Phil to continue that trend.”