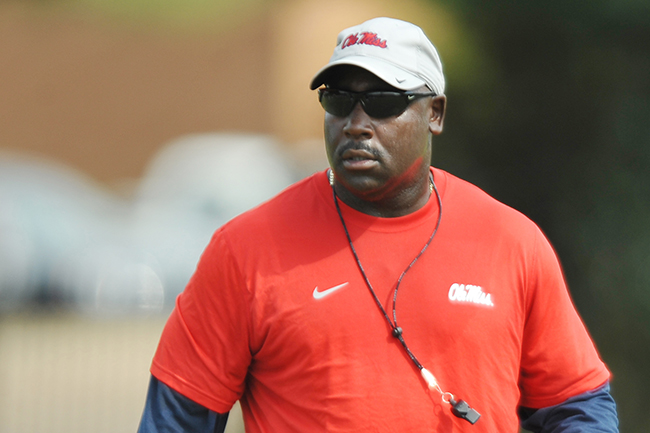 Phil Longo’s time at Sam Houston State is over.

Wesley McGriff’s at Auburn? Not yet.

Longo and McGriff were officially announced as Ole Miss’ new coordinators Friday, but McGriff, who spent this season as Auburn’s secondary coach, will remain with the Tigers through their bowl game. Auburn will play Big 12 champion Oklahoma in the Sugar Bowl on Jan. 2.

Ole Miss coach Hugh Freeze said McGriff, who will run the Rebels’ defense, will be in Oxford to begin his new gig the day after the game. Sam Houston State’s season ended last Friday with a 65-7 loss to James Madison in the quarterfinals of the FCS playoffs.

As for why McGriff isn’t joining the Rebels’ staff immediately, Freeze said this particular time in the recruiting calendar doesn’t make it necessary for McGriff to be with the staff in person. The dead period, which doesn’t allow college coaches to make face-to-face contact with recruits and their family members, started Sunday and won’t end until Jan. 12.

Ole Miss’ coaches, including McGriff, can still communicate with recruits over the phone or through texts. McGriff can’t place calls to recruits on behalf of Ole Miss while still a part of Auburn’s staff, Freeze said, but recruits can call or text him.

“The things we can do right now, he can do when he’s not on the field there,” Freeze said. “We don’t go back on the road until Jan. 12. He’ll be here Jan. 3, so we’ll have plenty of time to get caught up on exactly what we’re going to attack. Right now, he’ll be working with us to communicate as we can with the guys we need to.”

“There’s nothing we can do right now as far as going on the road, so put the kids first,” Freeze said. “He deserves to finish that run there this year with his kids.”