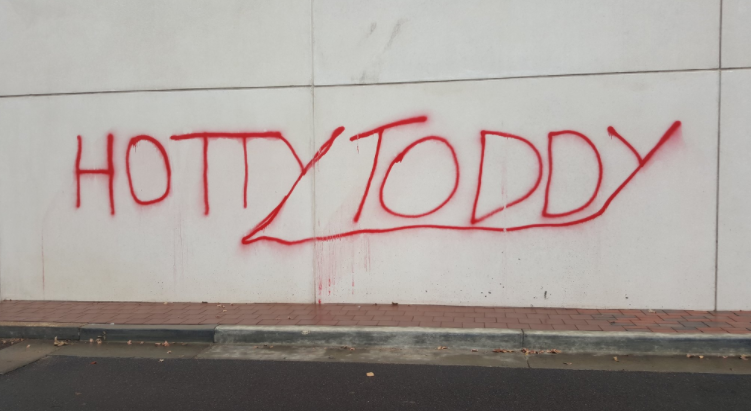 Earlier this year, there was a word thrown around describing the modern-day rivalry between Ole Miss and Mississippi State that seemed like an exaggeration.

There still isn’t enough to convince me that the majority of fans on both sides devote their lives to making fans of the opposing team miserable, but in recent years it’s become harder and harder to ignore those who seem ravenously driven to “win the rivalry” in unhealthy ways, particularly on social media where all it takes is a fake name and photo to harass someone without facing real-life consequences.

There are cameras all around the stadium. Those will obviously be looked at. pic.twitter.com/voIbbrfhW9

The perpetrator(s) likely don’t have long to hide in the shadows of their wrongdoing, but we don’t need to wait to find out who did it and on which side of the rivalry they fall to know it’s embarrassing not only for the Ole Miss community but all rational, level-headed fans on both sides who can’t quite understand how things anchored to a football game can get this far.

There are those who will undoubtedly chalk up the incident to the work of a poor man’s Harvey Updyke, along with the ultimate eye-roll-worthy defense of “kids being kids.”

“Well, at least we’re not as bad as Alabama and Auburn,” some will say, as if that somehow absolves the sin or makes it less childish or less destructive or less disappointing.

Vandalism isn’t a joke, nor should it be normalized as a natural aspect of an in-state rivalry. It’s a crime, a childish one at that, and condoning it will do nothing but perpetuate a culture of harassment that most fans want no part of.

Of course, as many have noted, until the perpetrator(s) is/are identified, there’s no way to know with 100 percent certainty that Ole Miss fans are responsible.

However, it doesn’t matter. Not right now.