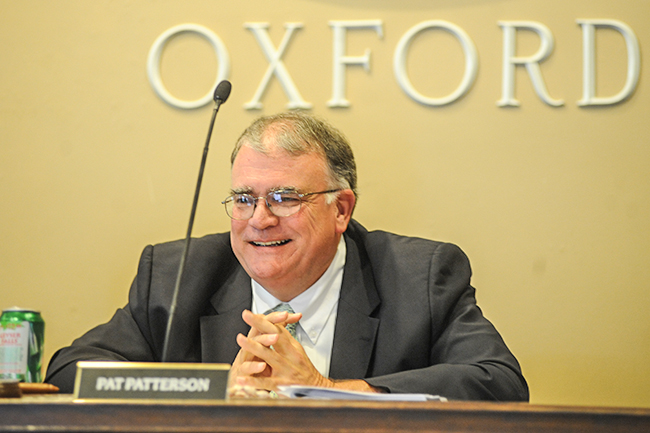 It’s his love for Oxford that made the successful businessman decide to get involved with local government 16 years ago when he ran for a seat on the Oxford Board of Aldermen, and almost eight years ago when he decided to run for mayor.

After 16 years; however, he says it’s time to step down and let the younger generations take charge of Oxford’s future.

Patterson will not be running for re-election in June.

“I’ve been thinking about it for a couple of months now,” Patterson told the EAGLE Monday. “I just feel like eight years as an alderman and eight years as mayor is enough. I look forward to moving on to other things at this time of my life.”

“If another opportunity to serve comes along, I might be interested but right now I don’t have any other plans than to get back into business and retire in a few years.”

Patterson informed the city’s department heads Thursday he would not be seeking re-election.

Those interested in running for mayor or a seat on the Board of Aldermen will begin qualifying in January for the June election.

Looking forward, Patterson said he thinks the future mayor will see similar challenges that the current board has been dealing with recently.

“I certainly think growth will continue and the lack of federal, and vast reduction of state funding for infrastructure will be a continued problem for the future mayor and aldermen,” he said. “But I believe there’s a whole flight of extremely competent young people ready to step up and lead this city.”