Justices James W. Kitchens, James D. Maxwell II and Dawn H. Beam will be sworn in to their new terms at the same time.

The swearing in ceremony will be held in the second floor En Banc Courtroom at the Supreme Court in Jackson. Chief Justice Bill Waller Jr. will administer the oaths of office.

Justice Chamberlin will hold a formal investiture ceremony on Sunday, Jan. 8, 2017, at 1:30 p.m. at the DeSoto County Courthouse, 2535 Highway 51 South in Hernando.

Justice Chamberlin, 51, of Hernando,  was elected in a runoff election on Nov. 29, 2016, to an open seat for the 33-county District 3, Place 1 on the Supreme Court. He will take the position held by Justice Ann H. Lamar of Senatobia, who will retire Dec. 31 after almost 10 years on the Supreme Court.

Chamberlin served for 12 years as a circuit judge of the 17th Circuit District. Then-Gov. Haley Barbour appointed him to the 17th Circuit bench on Nov. 24, 2004. The district includes DeSoto, Panola, Tallahatchie, Tate and Yalobusha counties. He created the district’s Drug Court in 2006.

Chamberlin served as a state senator for five years, representing Senate District 1 of DeSoto County. He served as a municipal judge in Hernando for eight years, starting in 1991, a year after he was admitted to the bar.

Kitchens, of Crystal Springs, has served on the Supreme Court for eight years. He is starting his second term on the court, having first been elected in 2008. He previously served for nine years as district attorney in Copiah, Lincoln, Pike and Walthall counties. He was in private law practice for 32 years.

Maxwell, of Oxford, is beginning his second year on the Supreme Court. Gov. Phil Bryant appointed him on Jan. 1, 2016. Justice Maxwell  was elected without opposition in November. He previously served for seven years on the Mississippi Court of Appeals. He was an Assistant U.S. Attorney for the Northern District of Mississippi for more than seven years.

Beam, of Sumrall, was appointed by Gov. Bryant to the Supreme Court on Feb. 16, 2016. She was elected to an eight-year term in November. She served for five years as a chancellor of the Tenth Chancery District, which includes Forrest, Lamar, Marion, Pearl River and Perry counties. 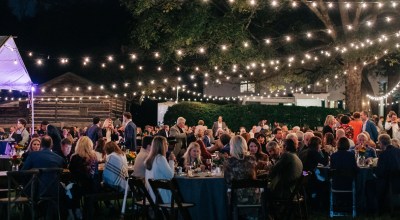