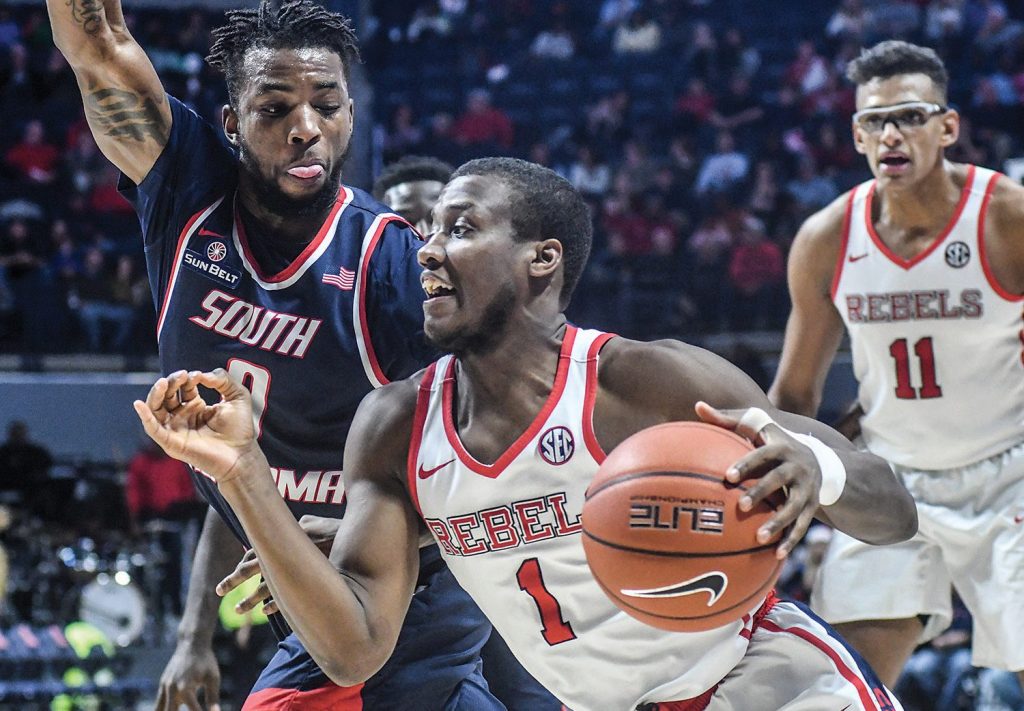 Ole Miss had one last easy go of it before things get real, as head coach Andy Kennedy put it.

The Rebels ended the main portion of their non-conference slate Thursday with a 92-58 win over South Alabama at The Pavilion. Now the schedule stiffens significantly starting with a home date with No. 6 Kentucky next Thursday in both teams’ Southeastern Conference opener.

Ole Miss (9-3) will play three of four league games after that on the road, including trips to Florida and No. 22 South Carolina. There’s also one final non-conference tilt against No. 4 Baylor in the SEC-Big 12 Challenge in late January.

“I think we’re improving, and boy it’s time to improve because it’s going to get real for us pretty quickly,” Kennedy said.

Sebastian Saiz posted his third straight double-double with 23 points and 16 rebounds while Deandre Burnett had one of his better shooting nights recently to finish with 21 points, though the Rebels’ final tuneup wasn’t always aesthetically pleasing. The teams combined to start 9 of 39 from the floor with South Alabama (7-6) going more than seven minutes without a basket in the first half.

South Alabama scored seven straight points to cut the deficit to 55-43 with 14:30 remaining, but Ole Miss answered with a 26-5 run and stretched its advantage to as many as 38. Nick Stover had a team-high 17 points for the Jaguars, who shot just 28.8 percent from the floor.

“We’ve cleaned up the way we’re in ball screens at times,” Kennedy said. “We’re trying to change our looks to keep people off balance. After now 12 games, we have a better feel for what this team is capable of doing defensively, and we’re going to try to put them in a position to do that.

“Defensively we’re getting better and better.”

Ole Miss made 49.2 percent of its shots, including 53 percent (16 of 30) in the second half. Burnett, who was mired in a 7 of 31 slump from 3-point range the previous six games, finished 4 of 9 from deep and 9 of 10 from the free-throw line while Justas Furmanavicius (13), Cullen Neal (11) and Terence Davis also finished in double figures.

“I thought he saw the ball go in,” Kennedy said of Burnett. “Tonight I thought we did a good job of moving the ball. We got him some stationary catch-and-shoot jumpers, and he knocked them down.”

Burnett and Furmanavicius, who hadn’t scored more than seven points this season, combined for 81 percent of Ole Miss’ bench points. Furmanavicius finished 6 of 7 from the floor and grabbed five rebounds in 21 minutes.

Watch Kennedy talk about the win and the schedule that looms for the Rebels in the following video.