Controversy, protests in latter half of 2016 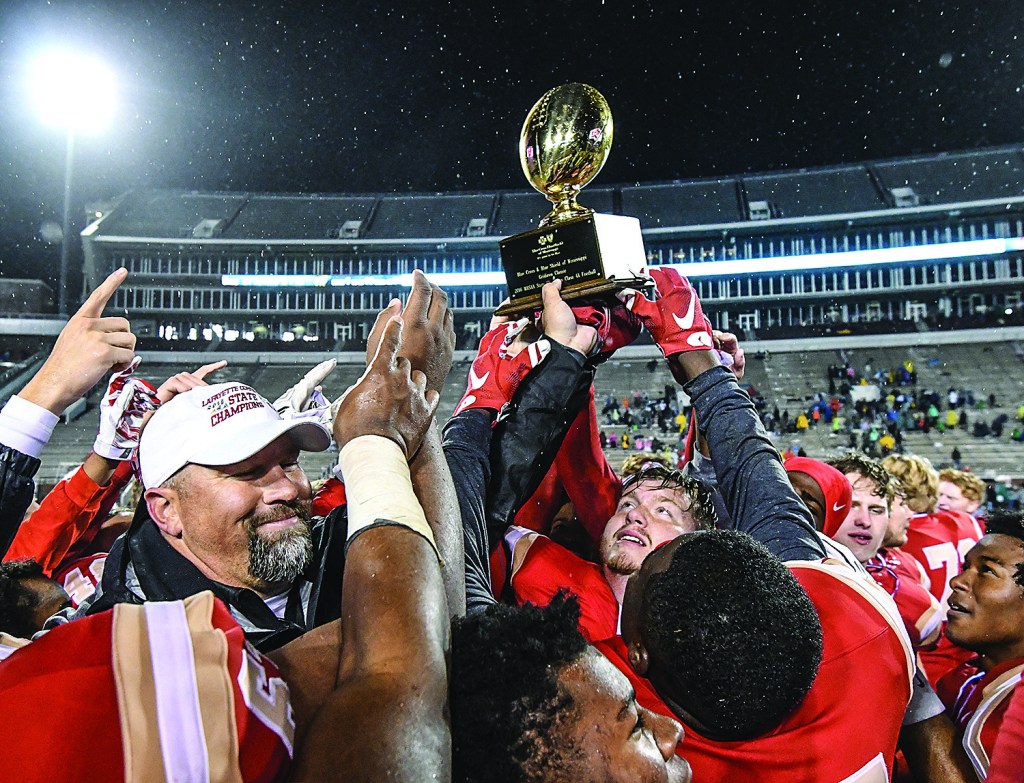 Editor’s Note: This is the third of four stories highlighting local news in 2016. Coming up this week:

SUNDAY: Story of the Year

The latter half of 2016 saw changes, controversy, heartache and triumph.

September began with an historic funeral home closing its doors in Oxford. After serving the African-American community for eight decades, Hodges Funeral Home closed its doors due to the property owner not renewing the funeral home’s lease, according to LaVera Hodges, who has since re-opened L. Hodges Funeral Services.

The community then rallied around a local handyman who had a majority of tools and his work trailer stolen.

A Go Fund Me account helped raise a few thousand dollars and get Robert Watts back on his feet and help replace the tools that were stolen.

Later in September, things took a turn for the bizarre as a Water Valley resident reported a “creepy clown” hanging out in the woods of the community — a national trend for several months during the year. No clown in Water Valley was ever verified and the resident took quite a bit of heat from neighbors in the community on social media who doubted her claim.

The controversial Mississippi state flag returned to the headlines when a huge flag was unfurled during an Ole Miss football game in the student section of Vaught-Hemingway Stadium. A state flag support group claimed the flag and responsibility. The event once again stirred debate over the flag with supporters claiming their freedom of speech rights were violated since the University of Mississippi administration removed the state flag from being flown on campus.

Oxford Schools Superintendent Bryan Harvey revealed a desire for the school district to pursue a $20 million bond issue to construct a new elementary school to help alleviate overcrowding. Harvey again made headlines at the end of the month with his controversial plan to create an opt-in school in an effort to close the achievement gap among students who come from low-income families. About 200 parents protested the idea publicly and also attended school board meetings and a listening session to voice their displeasure. The proposal has since been dumped.

An Ole Miss student also caused an up roar with social media comments that many fellow students deemed racist and staged a protest of their own to get the ear of Chancellor David Vitter. The student eventually withdrew from the university after apologizing.

A private dam in The Lakes subdivision caught the attention of county officials after being labeled a high hazard dam by the state and a developer sought approval to construct a development below the dam. Pebble Creek eventually earned approval from the county planning commission and the dam is currently undergoing repairs.

In October, a data breach attributed to Russian hackers compromised as many as 58,000 patients records at Urgent Care of Oxford. The compromise of information happened over the summer and by October, all patients were notified of the potential problem.

One man was arrested after the death of another man at the Ole Miss motel. Chandler Jenkins was found dead in the motel and Donald Lassiter was arrested and charged with manslaughter.

Also in October, Nathaniel Huddleston pleaded guilty to first-degree murder in the death of Kenneth Roberson and was was sentenced to 35-plus years in prison.

An 82-year old man credited his Jack Russell terrier, Jackie, with saving his life after his four-wheeler overturned on him. The dog alerted a neighbor with constant barking and Roy Clark was found injured in a rural portion of the county. Clark suffered several broken ribs and has since made a recovery.

A Sons of Confederate Veterans group revitalized a 2014 lawsuit concerning an informational plaque that has been placed on the Confederate monument on the Ole Miss campus. The plaque currently remains on the monument.

The Oxford School District got some great news after being notified the district is the highest-rated in Mississippi and four of the five schools are considered A-rated schools.

Oxford attorney Tyler Smith was sentenced to prison for his involvement in a scam.

In November, Oxford officials made the decision to increase the parking meter rates to $1.25 per hour. The new rate takes effect on Monday. The revenue would help generate the construction and maintenance of the new parking garage near the Square.

Tragically, the first of four Ole Miss students died when Jonathan Arthur Cleveland, 20, was killed after his motorcycle collided with a vehicle on Highway 7 just outside Holly Springs. On Nov. 10, Rivers McGraw, 20, took his own life. Then on Nov. 18, Raegan Barnhart, 21, suddenly passed away while on a trip to Texas during the Thanksgiving break. Elizabeth Cheek, 20, died at a home she shared in Oxford.

County supervisors finally came to terms with the sale of county-owned property to the Mississippi Department of Transportation, which will require the relocation of several county government agencies.

In other election news, Mayor Pat Patterson announced in December he would not seek re-election to another term. Alderman Robyn Tannehill announced at the end of December she would seek the mayor post.

In sports, Ole Miss gave up the Egg Bowl trophy to rival Mississippi State in what turned out to be a disappointing football season. But on the high school level, the Lafayette Commodores claimed a state football championship.