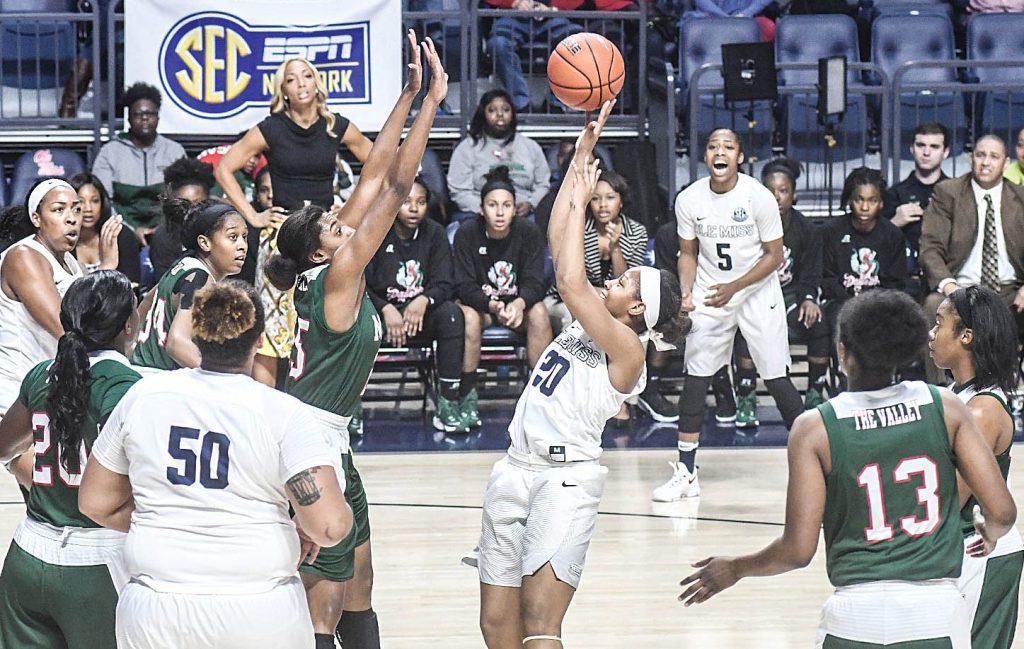 All the practice games are over and now the real test begins. Ole Miss hosts Arkansas to begin Southeastern Conference play Sunday (4 p.m., SEC Network) as they wrap up their longest homestand of the season.

The Rebels (11-2) are off to their best start under head coach Matt Insell since he took over the program four years ago. For the first time under Insell’s charge, they are also receiving votes in the Associated Press Top 25, earning three votes in last week’s poll. A lot of strides have been taken during the non-conference slate with their biggest feather in their cap being the win over then-No. 25 Oregon on Dec. 14.

The past fives games dating back to Oregon, Ole Miss has had their complete team with Kentucky transfer Chrishae Rowe becoming eligible to participate after sitting out the past calendar year. She has not started but has scored 20-plus points in two of her first few games as a Rebel and her minutes have increased. All it has done is bolster an Ole Miss team’s bench that already had depth heading into SEC play.

“I’m excited about where we’re at,” Insell said. “I think we’re on schedule. I’m still trying to figure out rotations and things like that, particularly at our wing positions because we do have some very talented players out there. … I like where we’re at. I like our six post players. I like our seven perimeter players. I’m excited about where we can go. I think we got a lot of room to improve.”

After today’s game with Arkansas, the early stretch of the conference slate will be played away from the friendly confines of The Pavilion, where the Rebels are 10-0 this season, as they must play four of their first six league games on the road. Games at Alabama and Auburn next week and trips to Mississippi State and South Carolina later this month are separated by a home game against Tennessee on Jan. 12. It is the second time in the past three seasons Ole Miss has had to start the early bulk of their conference schedule on the road.

“I think it’s tough for a basketball team to have to go on the road for four of your first six games in the conference,” Insell said. “Protecting our home is going to be very important. We got Arkansas (today), you got Tennessee here two Thursdays from now. Then you got to go on the road in between that and play two good teams in Alabama and Auburn. We seem to step up and play well when the competition rises. The fun starts now.”

Creating separation in the standings begins today for all 14 teams. Ole Miss and Arkansas come into the game with identical records and also are near each other in the NCAA’s latest RPI rankings with the Rebels ranked 111th while the Razorbacks are 115th.

Third-year head coach Jimmy Dykes has Arkansas off to their best start under him and the best start to a season since the 2013-14 season. The Razorbacks’ biggest win of the season was against Texas Tech in the SEC-Big 12 Challenge on Dec. 3, defeating the Red Raiders 66-60.

Arkansas has a pair of players in double figures with Jessica Jackson and Malcia Monk averaging 18.1 and 10.2 points per game, respectively. Jackson averages a team-best 6.8 rebounds a game. Depth could pose an issue as the Razorbacks only had eight players dress out in Wednesday’s non-conference finale against Houston Baptist.

“I think Jimmy does an incredible job coaching them,” Insell said. “They run about a million and a half plays, which is something that bothers me because we got to go over a lot of stuff. I think Jessica Jackson is one of the best players in the league. She’s somebody that we’re really going to have to hone in on.”