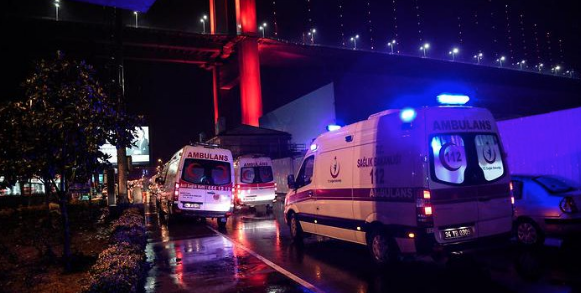 ISTANBUL (AP) — Istanbul’s governor says at least 35 people were killed in the attack at a nightclub in Istanbul during New Year’s celebrations.

Two men reportedly dressed in Santa costumes opened fire in the crowd of about 600, CNN Turk is reporting. The attack occurred reportedly at the Reina nightclub, a popular Turkish club in the Ortaköy district.

Vasip Sahin said some 40 other people were wounded in the assault in the early hours of Sunday.

Sahin said the incident was a “terror attack” without saying who may have carried it out.