Colored skies cause stir in Oxford 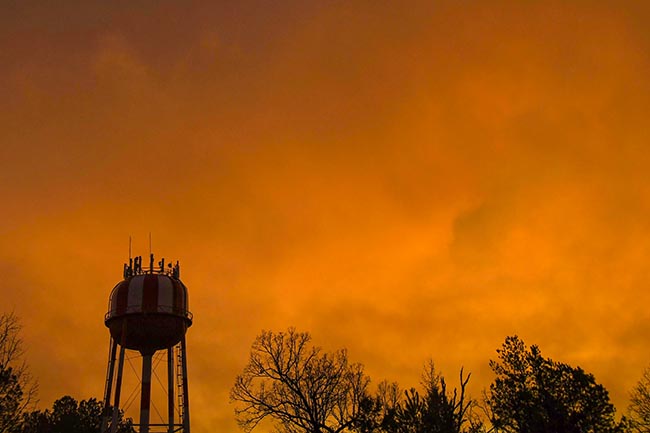 After thunderstorms rolled into Oxford late Monday afternoon, residents were seeing the world through rose-colored glasses.

Photos of pink, orange and purplish skies flooded local Facebook pages. Some people thought it was a sign of a tornado coming, while others claimed it might be aliens.

However, according to Meteorologist Andy Chiuppi, the pink coloring was simply caused by the sun setting.

“It’s an optical phenomena, like a rainbow,” he said “The sun finally got below the deck of stratus clouds in west.”

The setting sun reflects on the rain or possible hail in the clouds, creating the pink and orange colors.

No damage was reported from the storm in Lafayette County, according to Emergency Management Coordinator Steve Quarles, or the city of Oxford, according to Jimmy Allgood, emergency management coordinator for Oxford.

“I spoke to dispatch last night and they had no reports of damage or injury caused by the storm,” Quarles said this morning.

However, the storms did wreak havoc in central Mississippi.

Storms near Mendenhall and Mount Olive were preliminarily identified as tornadoes by the National Weather Service, based in part on radar signatures. Both storms damaged farm buildings and homes

More than 30,000 in Mississippi lost power at the height of the storm, according to utilities.