Southern snow forecast sharpens: From Oxford to Birmingham and Atlanta, snow could accumulate 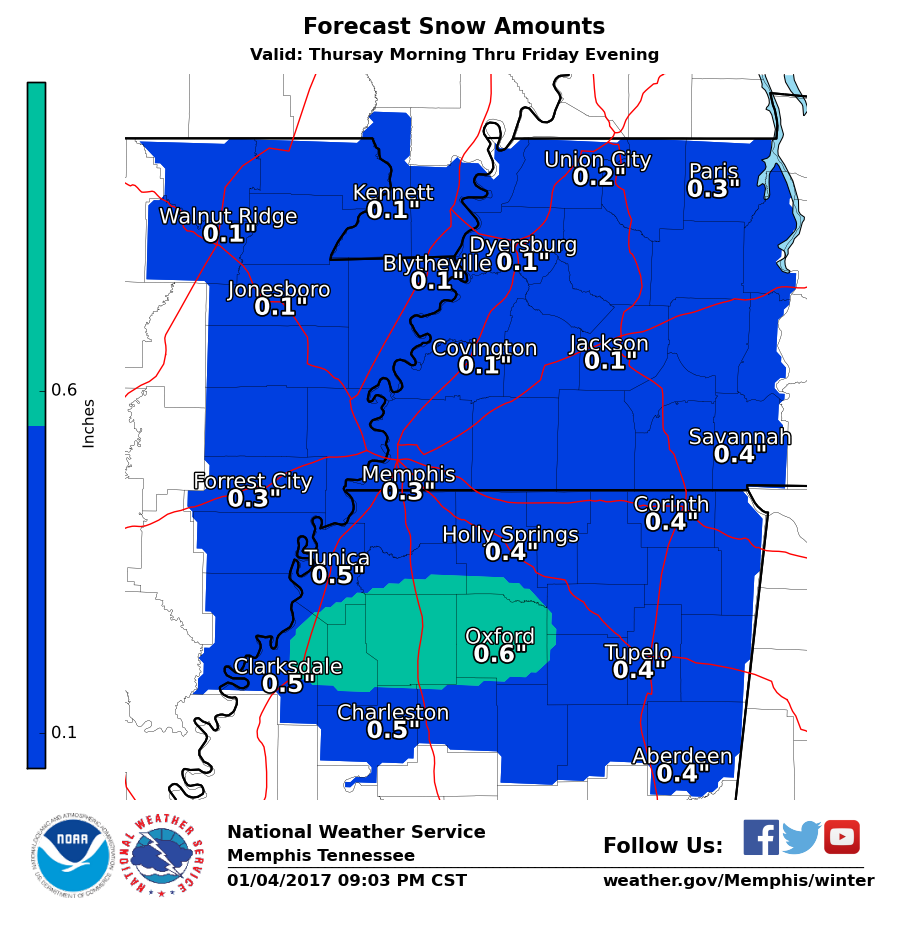 There’s no threat of a big snowstorm, but with cold temperatures deeply entrenched across the Deep South with the jet stream dipped down, many in the region could get light to moderate snowfall beginning Friday morning.

North Mississippi, including Oxford, could get from a dusting to one inch of snow beginning early Friday morning. A special statement issued by the National Weather Service explains that a system will likely develop and approach the Mid-South “late Thursday night…gradually shifting South by Friday evening.”

There’s a 50 percent chance of snow in Oxford and across north Mississippi on Friday. Lafayette County Emergency Management Coordinator Steve Quarles said the snow should start falling in Oxford between 6 and 8 a.m. on Friday.

However, there is still a 20 percent chance of a light dusting of snow tonight and into Friday morning, according to the NWS.

North Mississippi has the best chance for light accumulating snow but that shifts further south, and increases in potential, as the system gathers moisture in Alabama and Georgia later Friday.

Forecasters say they don’t expect the worst of the wintry weather to strike metro Atlanta until after schools dismiss Friday.