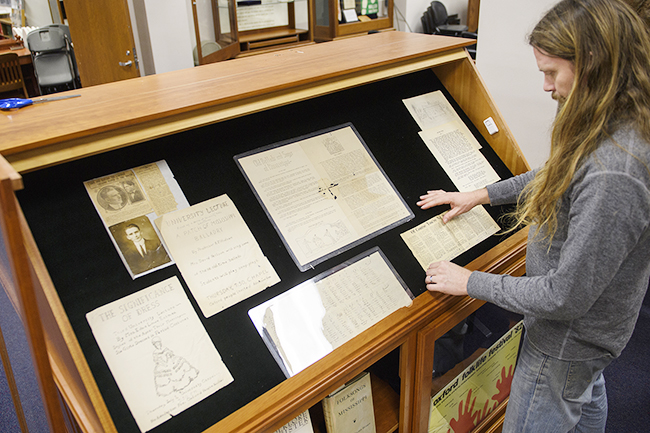 JACKSON – A new commitment of $28 million from the Robert M. Hearin Support Foundation marks a total investment of $42.1 million over 10 years into the Mississippi Excellence in Teaching Program, a collaborative teacher preparation program at the University of Mississippi and Mississippi State University that provides both scholarships and an honors college-type experience for top students.

The new funding, which the universities will split, will sustain the program until 2021 and comes as METP leaders prepare for the program’s fifth class of new freshmen.

Meanwhile, METP seniors at both universities, who were recruited into the program’s charter class in 2013, are planning to graduate in May and enter Mississippi’s teacher workforce for the first time.

“The Hearin Foundation’s goal is to improve the economic status of Mississippi,” said Laurie H. McRee, a trustee of the Jackson-based foundation. “(We) believe that if you can help raise the level of education, you can raise the economic level of state, as well.

“It’s incredible to see the caliber of (students) the program is attracting. The fact that the universities are working together is just icing on the cake.”

Enrollment information compiled by the two universities shows a significant uptick in both the number and quality of new college students entering teacher education programs at UM and MSU since 2013, as a result of METP.

The program is designed to attract the best and brightest students from around the nation, and the average ACT score for incoming METP freshmen at both institutions is approximately 30. Today, 146 students from 16 states are members of METP at the two institutions. More than 60 percent of participants come from Mississippi.

One of the nation’s most valuable scholarships, METP offers each recipient four years of tuition, housing expenses, living stipends, a study abroad experience, monies to attend conferences and more.

The study abroad experience, valued at more than $6,000 per student, is a huge draw to potential recruits. Last summer, students from UM and MSU traveled together to British Columbia where the rising seniors spent time studying education systems in a different cultural context.

Admission into the program has become increasingly competitive since 2013. As a result, the overall caliber of freshmen education majors has increased at both universities, according to data provided by the institutions.

At Ole Miss, the School of Education has seen the number of freshman education majors with a 28 or higher on the ACT rise from five in 2012 to 42 in 2016 and is enjoying a 94 percent retention rate of its students.

“We are thankful to the Hearin Foundation for the opportunity to continue to improve a program that will have a positive impact on Mississippi,” said Ryan Niemeyer, director of METP at UM. “Their commitment to improving teacher preparation is bringing in students who would have otherwise never pursued living and working in our state.”